Laying inside of one of the first display cases at the new Webb Military Museum is an old photograph. 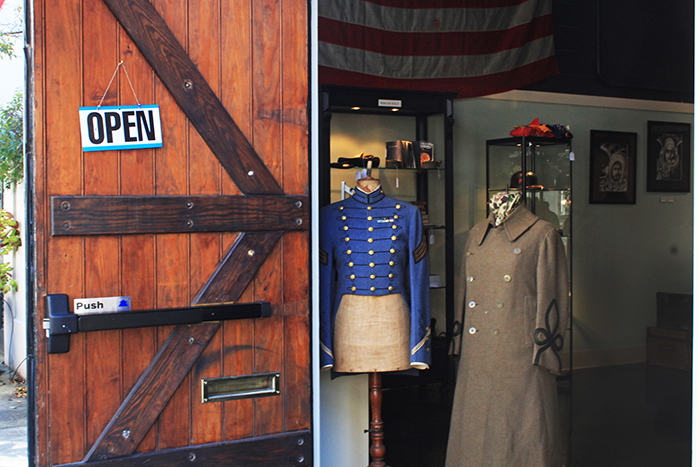 It’s not of a war, just an ordinary photo of a man in 1849. Upon flipping it over, Gary Webb, owner of the Webb Military Museum, discovered a note. The note reads “went west during the gold rush of 1849, age 20, never heard from again, supposedly killed by Indians”.

This photograph is just one of many items in Webb Military Museum that share the surreal war stories. This particular snapshot sits in a section about the Indian War. Other personal effects from soldiers from the Spanish-American War to Iraq Wars are displayed throughout the building.

It’s not a museum meant to report facts and figures about the strategies used and the outcomes of those wars. Instead it is a museum carried by stories through the eyes of those who were there. Diaries and notes sit beside the uniforms to give guests a glimpse into their lives.“It’s a museum based on people and their stories, not necessarily a history lesson,” Webb explains. “What I’m trying to do is humanize it or put some emotion into it, so they’re not just uniforms.”

But it isn’t just small artifacts and uniforms that Webb has. He also has a Russian-made MiG (a jet fighter aircraft) from East Germany and several other notable items. These include napkins from Hitler’s Berghof mountain retreat and a uniform belonging to Saddam Hussein. 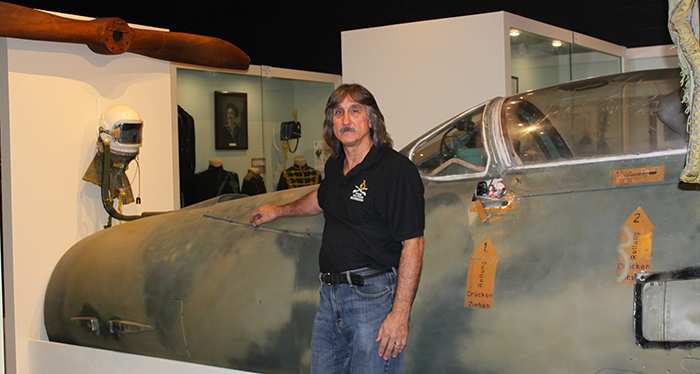 A walk through the 2500-square-foot museum may take guests about 40 minutes.

Webb (pictured above) says several people circle back to discover more. Some spend an hour or hour and a half diving into the different sections.

“It’s just big enough,” says Webb. “This, to me, gives a little bit of each war and you hit all these different uniforms. You see them go from grey to blue to brown, green and camouflage. It kind of takes you on a history of the uniforms along with the stories that go along with it.”

Uniforms are where it all started, anyways. The very first item Webb got, that started his fascination and collection, was a German pilot’s hat. He discovered a photograph of the soldier’s family tucked inside of it, before his mother was able to throw it out.

“You have to look at this stuff as someone was wearing it,” Webb explains. “It’s like when I got the hat, my mother said, ‘Well, I guess the German mothers cried for their kids too.’”

Webb Military Museum is located at 411 E. York Street, between Columbia Square and Greene Square. For more information, go to webbmilitarymuseum.com or call them at (912) 663-0398.