The Georgia State Railroad Museum is believed to be the largest and most complete Antebellum railroad repair facility still in existence in the world! 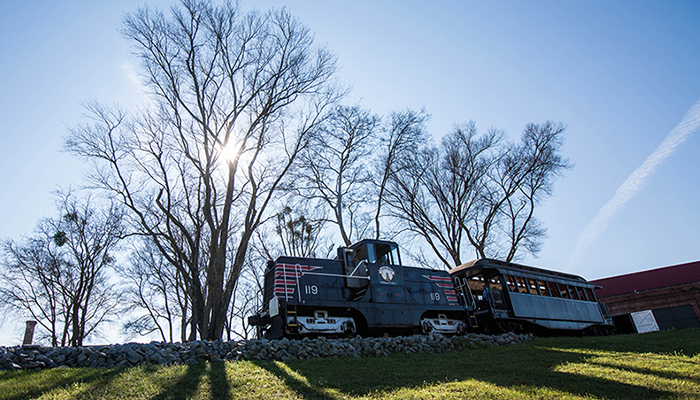 Walk along the grounds of the complex where actual Rolling Stock is on display. Learn about the functions each building served, and take part in scheduled activities. These include a train ride, rail car tours, the hand car, and children’s activities in the Baggage Car!

The Central of Georgia Railroad and Canal Company was chartered in 1833. By 1843, it was the longest continuous railroad under one central management in the world. The Central reached its peak in the early 1920s and was the largest employer in Savannah. During the Great Depression, although economically strained, the Central continued operation as a leading employer. Later, with the advent of diesel locomotives, the Savannah repair shops saw great decline and closed in 1963.

The City of Savannah took the property after years of neglect. In 1989 the Coastal Heritage Society accepted management of the Savannah shops complex. With major support from the City of Savannah, the award winning professional staff members of our Preservation and Railroad Operations Teams work together to save numerous historic buildings, locomotives and rolling stock.

Hours of Operation:
Tuesday-Sunday from 9am-4pm