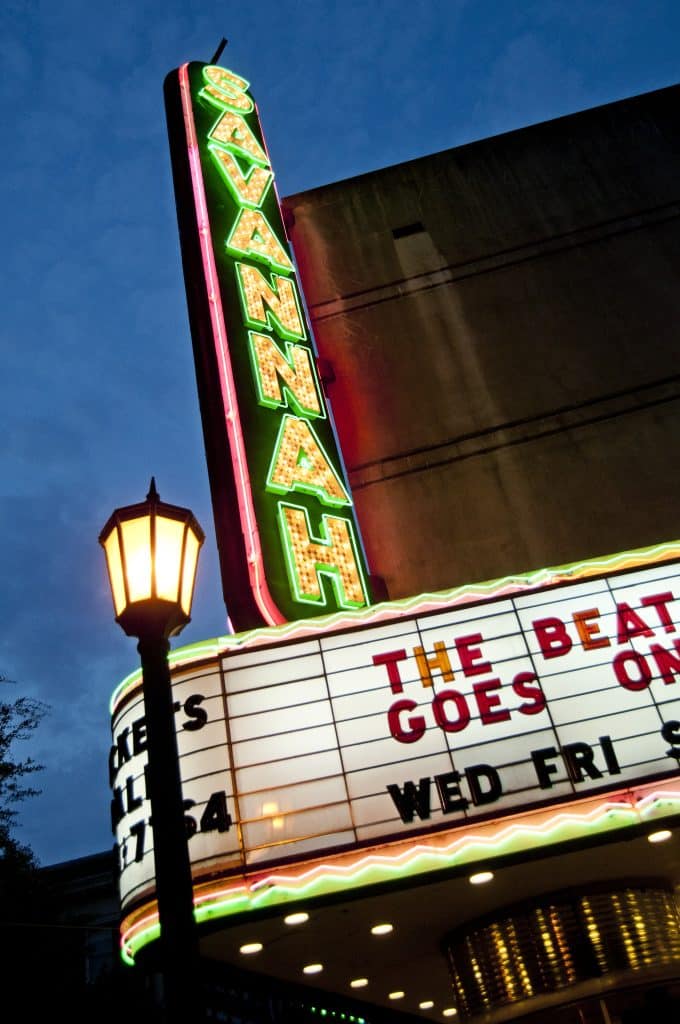 More than 200 years later, it has been both a live performance venue and a movie theater, and some of its more notable players have included W.C. Fields, Sarah Bernhardt and Oscar Wilde! Though a fire devastated the structure in 1949, it was rebuilt in the Art Deco style atop the original foundation. This makes it one of the oldest theaters in the United States functioning as a live theater on its original site.

Believe it or not, what is now undeniably a Savannah institution sat dark and empty just 20 years ago!

At that time, a group of experienced theater performers and directors were looking for a place to start an entertainment business of their own. They found the Savannah Theatre on the historic Chippewa Square. This talented set of singers, dancers and actors decided to take a gamble and make it their home base.

The gamble paid off.

“After a long day of sightseeing, The Historic Savannah Theatre live experience provides guests with a wonderful way to relax, laugh and enjoy,” says Co-owner Michael Meece. “All of our live shows are 2-hour, high-energy productions designed to be very entertaining. Most include a live band and lots of comedy.” The shows also include the next generation of talent, as many in the original group now have children of their own performing in the productions.

“It’s definitely a family business,” says Michael. “And a really neat way to pay tribute to this city we all love.” For exact days and times, show descriptions and ticket information, check savannahtheatre.com or call the Box Office at (912) 233-7764.