If you can believe it, Bob Anderson’s career started with a stroke of luck. 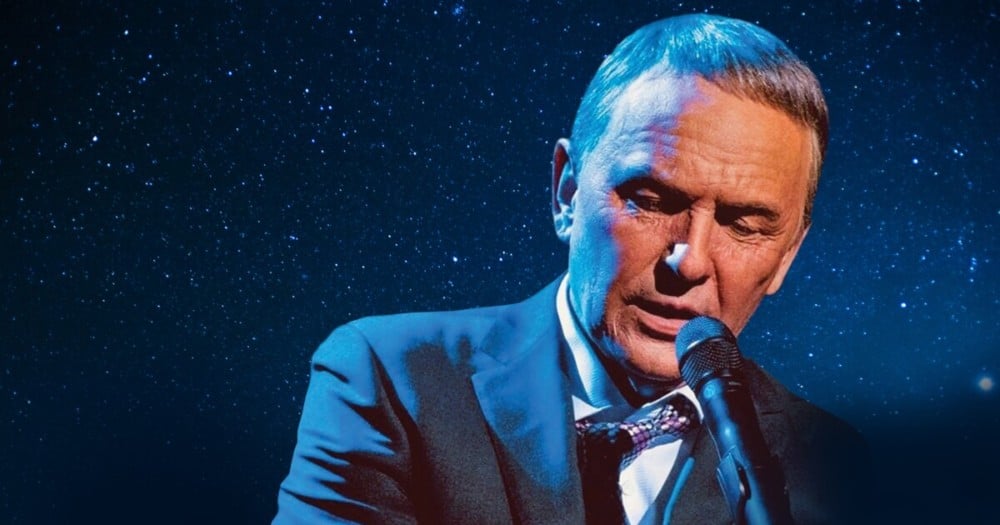 The 23-year-old Vietnam vet happened to stop into the Sahara hotel in Las Vegas when Nancy Sinatra was there rehearsing with the Everly Brothers. When the siblings got into a fight and walked off, Anderson approached the stage. “Hey, I’m a singer,” he said. “I can do whatever you need.” Eight hours later, he was opening for Nancy in the main showroom.

Anderson soon became a regular on television, racking up more than 200 national and international appearances, and is the only performer ever to appear on The Tonight Show with Johnny Carson twice in one week.

In 2022, Bob continues to bring the spirit of Ol’ Blue Eyes to audiences around the country.

His acclaimed reenactment concert event, “One More For The Road,” features a 32-piece orchestra. With the help of an Emmy-award winning makeup artist and Sinatra’s original charts, he transforms into the legend himself.

“You had me the second you walked onstage,” said singing legend Tony Bennett after seeing Bob up there as Sinatra. “Frank would have loved this show.” Stephen Sorokoff of the Times Square Chronicles echoed this sentiment. “There have been lots of Sinatra-type tribute shows over the years performed by many talented artists. However, the one that brings you the closest you will ever come to the man and his music was performed by Bob Anderson at Carnegie Hall. You had to remind yourself that it was really Bob Anderson and not the Chairman of The Board.”

Bob has been named the No. 1 Singing Impressionist in the World by VH1 and People Magazine.

Anderson spent many years in Vegas and Branson, Missouri, where he worked with the late Andy Williams. He now  lives in Savannah! When he’s not touring, you might catch him on the golf course, hanging out with his son and grandkids, or singing impromptu in one of his favorite clubs.

Tickets to this one-night-only event are on sale now through www.Ticketmaster.com.