Five years ago, Old Savannah Tours had only three actors. 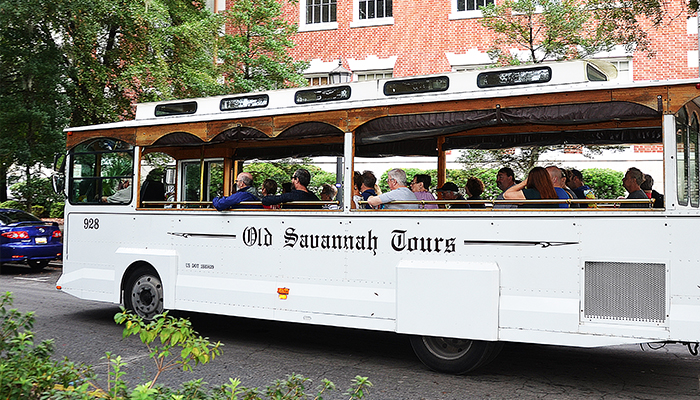 Today they have grown to a cast of 19 representing 24 historic figures, who they call “Living Legends.”

On their Grave Encounters Tour, Old Savannah Tours is “bringing the dead back to life.” Don’t be surprised when Savannah’s most notable ghosts make an appearance on “America’s Most Haunted Cities” tour.

During the Graves Encounters Tour, guests will meet different characters.

Hall says, “I love the reactions I get from people. Even the driver screamed the first night.”

On this fun and frightening ghost tour, guests can choose to add to a narrated tour of the Sorrel Weed House, which has been featured on the Syfy Channel’s Ghost Hunters, as well as dinner for an additional cost.

Also on the line-up of sightseeing tours is their Express Tour.

The Express tour is 70 minutes. It gives guests a glimpse into the past, divulging the history of Savannah while cruising the scenic Historic District.

“The Express tour is perfect for families and individuals passing through that have limited time” Hall said. “The Express Tour covers are what you’d consider to be the top 100 facts of Savannah.” 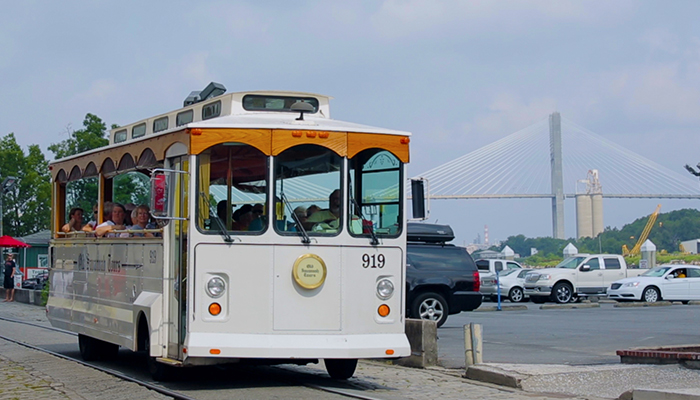 From the founding of Savannah and James Oglethorpe’s relationship with the Yamacraw Indians to the Revolutionary and Civil Wars and the restoration and preservation efforts in architecture, the Express Tour roams all around the city squares, covering what is also divulged on their other historic tours, but in a much more condensed version. Instead of long languid details laying out the entire story, they give the highlight reel, disclosing the best parts.