Calhoun Square offers some of the best views of two prominent locales in Savannah. These are the Wesley Monumental United Methodist Church and the Massie School. 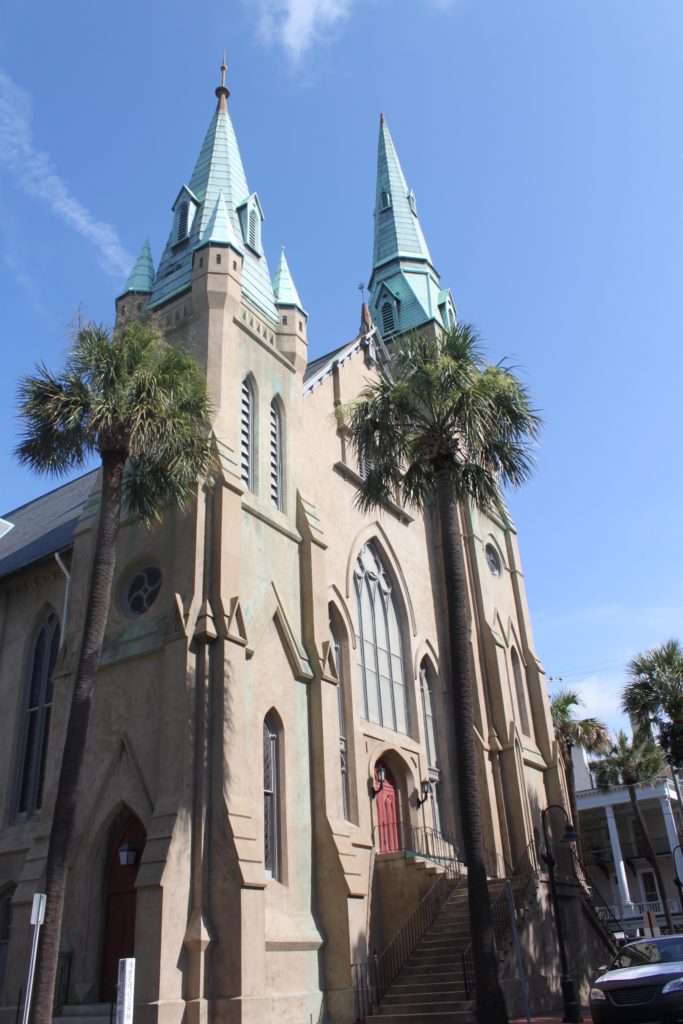 This square, which was laid out in 1851, was named in honor of John C. Calhoun, a United States Senator from South Carolina, who served as the Vice President under John Quincy Adams and Andrew Jackson.

Calhoun Square overlooks the Massie Common School House. It is in the Greek Revival style and designed by John Norris. The school hired Norris in 1855. By the next year, the school opened and started classes on October 15, 1856. General William Sherman arrived with his troops in December of 1864. They took over the school and used it as a hospital. When students came back to the school the next year, the population grew. Thus, in 1872 the Massie School added a west wing, as well as a matching east wing in 1886.

The Wesley Monumental United Methodist Church towers over the square. The church is of Gothic architectural style with spires measuring 136 and 196 feet. Construction of the church started in 1875. The first phase of construction completed in May of 1878. 12 years later, Wesley Monumental completed the sanctuary on the second floor.