For a glimpse of the past in the heart of Savannah’s National Landmark Historic District, stroll through Colonial Park Cemetery, located at the corner of Oglethorpe Avenue and Abercorn Street.

The oldest intact municipal cemetery in Savannah, this historic cemetery serves as a popular site for residents and visitors alike. Historic markers stand beside a number of graves, describing important people and events contributing to Georgia’s history. The park-like cemetery has been closed to interments since 1853.

Colonial Park Cemetery contains more than 9,000 graves, including that of Button Gwinnett, a Georgia signer of the Declaration of Independence. The cemetery also serves as the final resting place of William Scarbrough, the former owner of the Savannah Steamship Company, and Edward Green Malbone, America’s foremost painter of miniatures.

The cemetery continued to deteriorate during the second half of the 19th century.

Proposals to build a courthouse or run streets and a railroad through it threatened its existence. The Park and Tree Commission began to beautify the spot in 1896. In 1967, the Trustees Garden Club undertook a significant restoration of the cemetery.

In 1990, the City of Savannah began an preservation project to maintain Colonial Cemetery for future generations. Historical research documented changes that took place over the site’s 250-year history. Researchers updated an existing map and photographed and inventoried all markers.

Colonial Park Cemetery is open to the public from 8 a.m. to 8 p.m. daily. 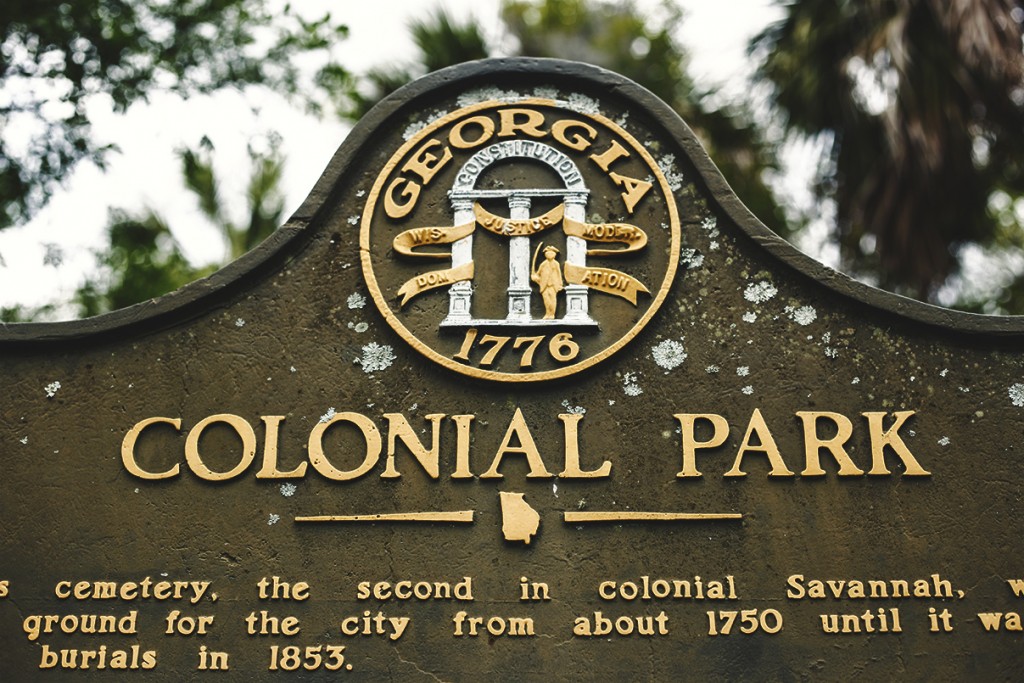