Step out on the streets of Savannah and you’ll see many inventive styles, and its beer culture isn’t any different. 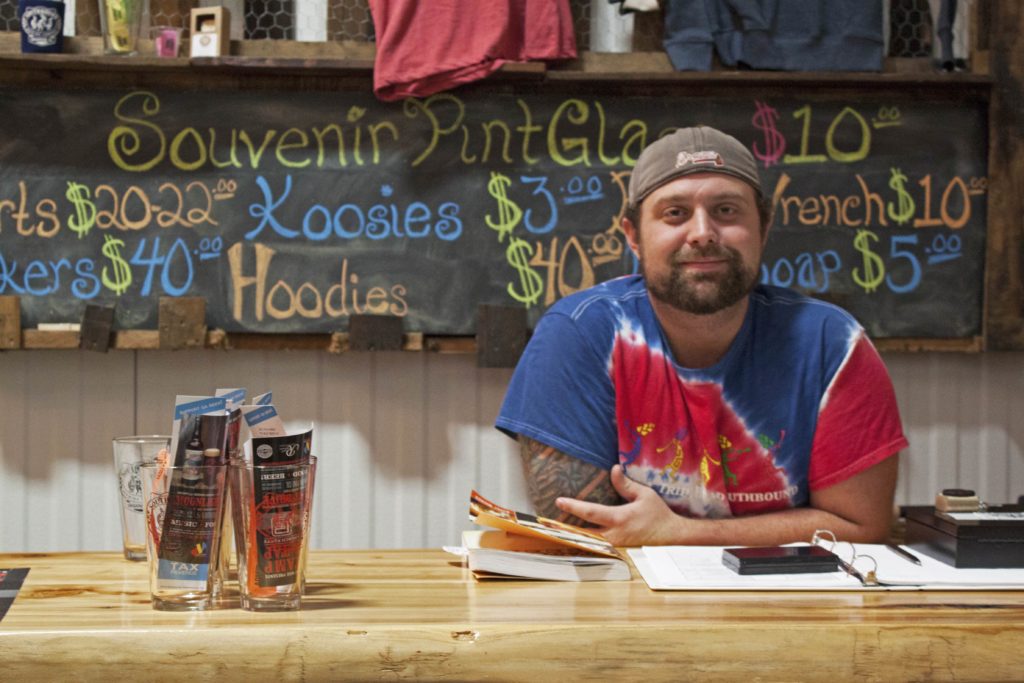 The adventurous flavors found on tap at restaurants across the city can only be credited to the courageous souls stepping up to get this town hoppin’ after years of pubs and parlors dominating the beer scene.

The Distillery, The Bier Haus Gastropub, Crystal Beer Parlor and World of Beer are great places to pick up a pint, but to catch the craft beer culture. But visit Savannah’s up-and-coming breweries and see what they are adding to Savannah’s beer culture.

They barreled onto the scene with a line of military-inspired brews and daring drafts from their research and development department.

Master Brewer, Dan Sartin, a 1978 West Point graduate who served as an infantryman in Germany is owner and operator. It’s inside the brewery that Dan gets to play. Wheat Wine, Smoked Rye and an Oyster Stout are just a few of his creations. Service Brewing Co. always keeps one R&D brew on tap with their staple beers.

“Service has a beautiful facility, and they are providing not only their core line of beers on tap. But their special research and development series is unique to the brewery,” says beer enthusiast Lee Heidel. “That could be your only chance to have a Strawberry-Chocolate IPA or any of the concoctions they come up with.”

Kevin Ryan is the CEO and brainchild behind this new brewery, just off of River Street. Like Dan, he is a West Point graduate, class of 1996 and infantry officer. Kevin assent to the Middle East and commanded two companies in Iraq. He first ventured into the brewing business after receiving a brew kit from girlfriend. As time went on, he acquired so much equipment that he didn’t have any room to brew. His courtyard and guest room were so full that he had to go pro.

“Most people get moved into their garage. The wives say, ‘You do your brew thing out there, I don’t want to see it, definitely not in my kitchen.’” Kevin explains. “But I didn’t have a garage.”

And as his business grew, another brewery, Southbound Brewing Company, was well on their way to opening.

And without them, Kevin and his team would’ve had a much harder time getting started.

“It was actually a blessing, because they got to be the first ones to knock down all the obstacles for us, educate the city and council on breweries and how they operate,” says Kevin.

Southbound, which opened in 2011, was the first production brewery in Savannah, which makes it a must-see in our Hostess City. Be sure to take a tour and try some of the unique drinks they’ve brewed up. Opt for their award-winning Imperial Coffee Stout, Moonlight Drive and their medium-bodied chocolate, the Bad, Bad Cascade Brown.

Southbound stood at the front lines, trying to raise awareness for the new small brewing businesses. In Georgia, brewers aren’t even legally allowed to take home a batch they just made.

“In order for a brewer to take it home he has to go buy it from the store,” says Carly Wiggins. Wiggins is the co-founder of Southbound, who’s on the board of directors at the Georgia Craft Brewers Guild.

The system dictates that production breweries can make their own beer but can’t sell it to customers, just distributors.

Visitors can tour the facility and taste their beers, but they have to find another store to buy it. It took Southbound six months to get the City of Savannah to adopt the state law allowing brewery tours.

“We’re not trying to tear down the system by any means; that’s not what we’re after,” says Carly. “We’re just looking for some leeway to put us on a level playing field with the states around us.”

And these challenges just fortified the breweries bonds with one another. 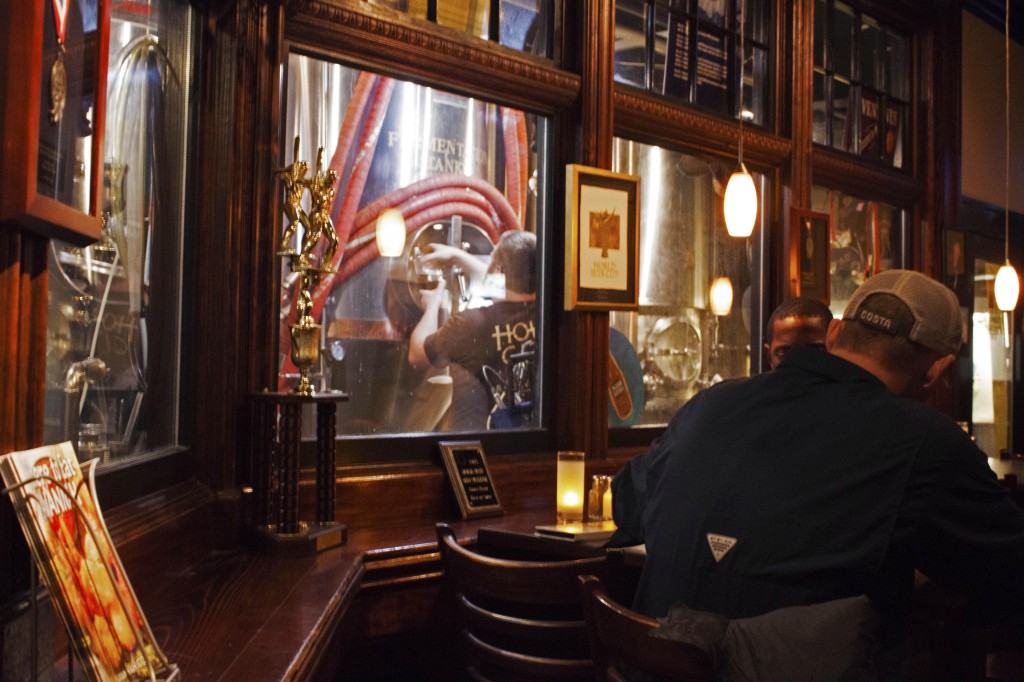 But these guys wouldn’t even be in the beer scene if it wasn’t for Moon River Brewing Company, the first brewpub in Savannah, which opened in April 1999. It’s not just a brewing company, but they do make their own beer, which you can even watch while in their restaurant or at the bar. Or you can outside and enjoy their 5,400 square-foot beer garden that boasts a garden house complete with a bar and three ‘garage’ doors that open during good weather.

They have a variety that will please, with Indian Pale Ales, American Sweet Stouts, German Sour Wheat Ales and even Belgo-American Saisons. And while you try these beers, ask the bartender about the ghosts that hang around the pub.

And be sure not to forget to stop at the Coastal Empire Beer Company.

Coastal Empire Beer Company opened their first brewing facility in Savannah after contract brewing. Previously, their beer was brewed and packaged in facilities out of Fredericksburg, Virginia and Huntsville, Alabama. 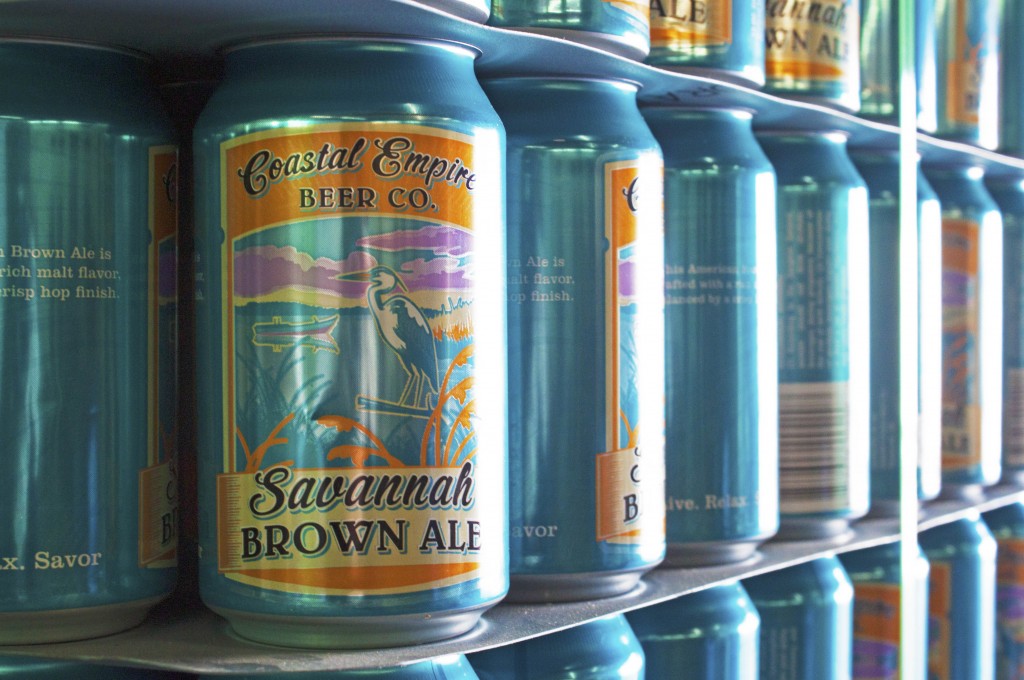 “Some people call it gypsy brewing,” says Owner Chris Haborak, brother of Master Brewer Kevin Haborak. “People’s perception of contract brewing is that you basically get someone to brew your beer. They use their recipes and you put out a product. That’s not it at all. Kevin developed these recipes and he would actually travel to the brewery and brew.”

For a year, Kevin drove nine and a half hours to Fredericksburg almost every weekend. That was until they outbrewed the capacity at that brewery. Coastal Empire Beer had to find another facility, which happened to be in Huntsville. When breweries and the beer culture started to break barriers in Savannah, they decided it was time to come home.

“The plan was to always get the brewery here, but we both had young families. It was in 2010 when we started thinking about doing this – funds weren’t readily available,” says Kevin.

The brewery is a little more rustic than the others, but its brews aren’t anything less.

In fact, they just might be the best. Don’t pass up their Praline Amber or their Imperial Breakfast, which was modeled it after a Mexican mole recipe. It won a bronze metal in the herb and spice beer category at Great American Beer Festival.

“We actually had a guy drop by from Beer Advocate that tried it. and said, ‘After all the beer I’ve ever tasted, I can honestly say I’ve never had one with cumin.'”

It’s no secret that Savannah is a growing city and this buzz about the brewing beer culture is just beginning. It certainly has the potential to hop from three to six breweries in the upcoming year. So be on the lookout for this Hostess City, because it just might become a Toast-Us City.