Tune In to the 2021 Trustees Gala Broadcast! 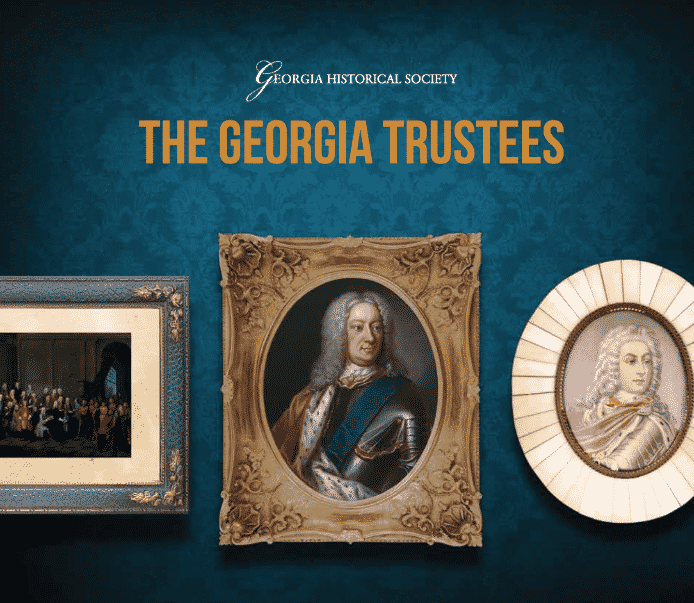 Join the Office of the Governor and the Georgia Historical Society on June 5, 2021. They will induct the 2021 Georgia Trustees, David Abney and Juanita Baranco, at the Trustees Gala.

Due to Covid19, GHS made the decision to transition the annual Trustees Gala to a broadcast event. We are pleased and excited to announce that the 2021 Trustees Gala will be televised. With the assistance of various statewide broadcast partners, the gala will air on Saturday, June 5, 2021, at 8:00 p.m. It will also be available post-broadcast on various platforms. This includes georgiahistory.com and the GHS YouTube channel. Details are still in the works so please follow us on social media. Stay tuned to find out how you can be a part of the 2021 Trustees Gala. Governor Brian Kemp’s will do the honors of inducting David Abney and Juanita Baranco as the newest Georgia Trustees.

The Georgia Historical Society works in conjunction with the Governor’s Office.

They reestablished the Georgia Trustees as a way of recognizing Georgians whose accomplishments and community service reflect the highest ideals of the founding body of Trustees.

The original Georgia Trustees was a governing body chartered and appointed by His Majesty King George II of England in 1732. They established a new colony in North America. It founded Georgia upon the principle of Non Sibi, Sed Aliis, “Not for Self but for Others.” GHS and the Governor’s Office reestablished the Trustees in 2008. The Governor annually appoints new Trustees whose history-making accomplishments and service reflect the original Trustees’ ideals.

The Office of the Governor and the Georgia Historical Society (GHS) named David Abney and Juanita Baranco the 2021 Georgia Trustees. This is the highest honor the State of Georgia can bestow. Their induction will take place on June 5, 2021, at the Trustees Gala.