Salzburger Park is a half-acre piece of land next to Emmett Park, marked by the Salzburger Monument of Reconciliation. 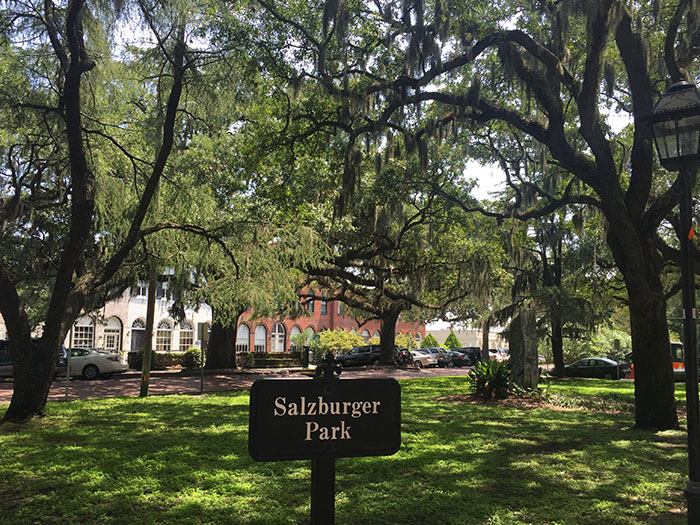 On March 12, 1734, that first group of German-speaking Lutherans, known as the Salzburgers, landed at this very place. Exiled from their homeland in Austria because they were Lutheran Protestants, the Salzburgers fled to Georgia. General James Edward Oglethorpe welcomed them to Savannah.  In 1731, after making their way to America, they temporarily stayed in Savannah before moving to their new home. They decided to reside in Ebenezer, which is now Effingham County.

The Salzburger Monument of Reconciliation 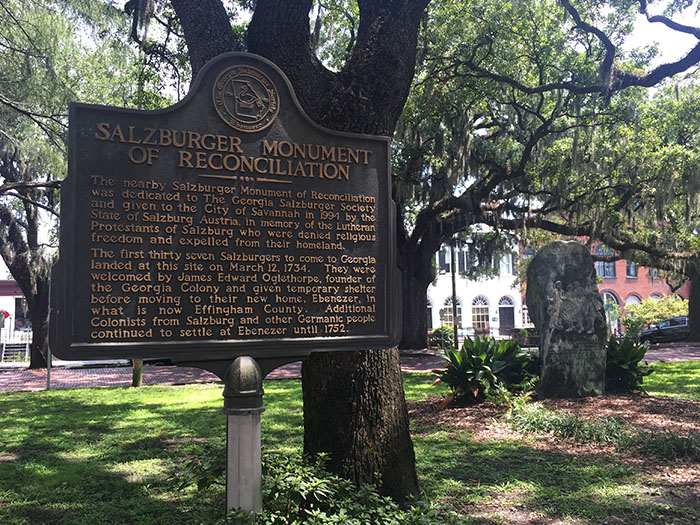 The most notable part of Salzburger Park is the towering stone with engravings of people along with their story. Green serpentine stone comprises the monument. The stone came from the Hohe Tauern region of Austria, the Salzburgers’ homeland,

In 1984 Albert Winter visited Savannah from Salzburg noticed that there were no monuments to Austrians or Germans. Dr. Hans Katschthaler, then Governor of the State of Salzburg commissioned Anton Thuswaldner to create the monument. Thuswaldner, a renowned Austrian sculptor, chiseled the exile story of the Salzburgers into stone.

The people of Salzburg gave the piece to the Georgia Salzburger Society.

Christ Lutheran Church on the Salzach River in Salzburg, originally displayed the monument in May 1994. 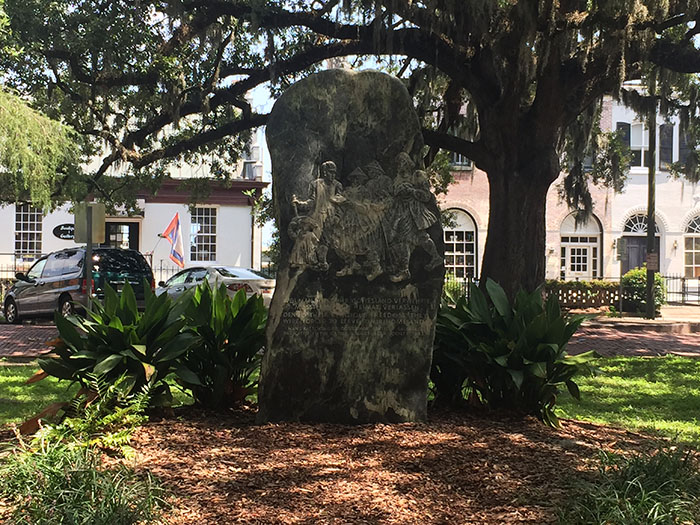 Austria shipped the Salzburger Monument of Reconciliation to Savannah. On September 5, 1994 the Monument was unveiled and dedicated to the Georgia Salzburger Society and given to the City. Two years later, on February 9, 1996, the historical marker was dedicated and placed on the site near the monument. The Georgia Salzburger Society petitioned the City Council of Savannah to erect the monument. The Council and unanimously approved the petition. Salzburger Park got its official name on July 9 of the same year.

For more information about this monument, you can contact the Georgia Salzburger Society at (912) 754-7001.