Amanda and Arthur Montplaisir have brought a new kind of praline to Downtown Savannah. 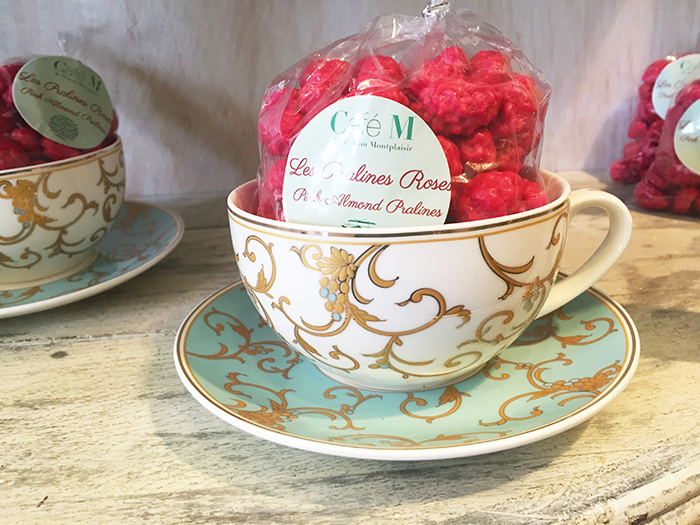 – Les Pralines Rose – and the color isn’t the only thing different about these sweet snacks. This specialty that the Montplaisirs brought with them from Paris is made with almonds, not pecans like Savannah’s most popular pralines.

“They’re pink almonds, and we use those to make pies,” said Amanda. 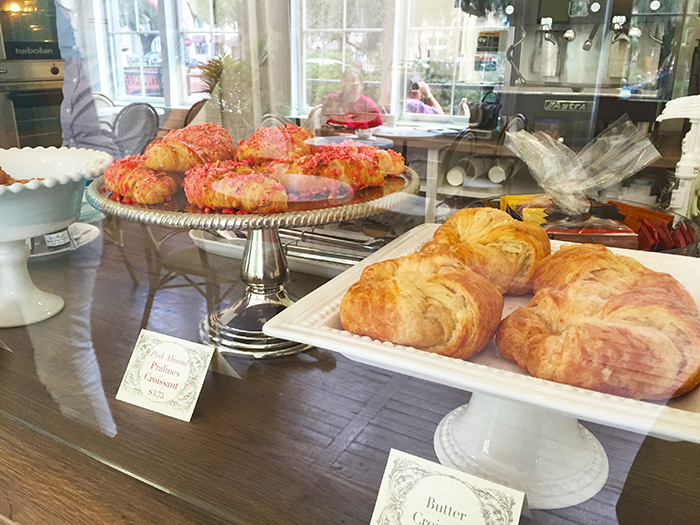 But not just pies.

They sell these small pink pralines by the bag and they also crush them up and sprinkle them on croissants, cookies and all kinds of other delicious snacks that they sell inside their new French inspired café, Café M, at 128 E. Bay St., right off of River Street.

Amanda and Arthur just moved to the United States from France last year (after getting married in Paris) and worked in Florida at her sister’s bakery for a year before opening their own shop next to the River Street Inn. Together they make and sell everything from pies and pastries to baguette sandwiches, croissant melts, coffee, frappes, lattes and tea.

“I do the sweets and tea and he does coffee and savory,” said Amanda.

Right now their menu boasts three sandwiches – The Parisian, The Normandy and The Provence.

All of the sandwiches are on baguettes with salted butter – The Parisian with ham, Emmental Swiss cheese, cornichons and dijonnaise mustard, The Normandy with brie cheese, ham, pear, walnuts and spring mix leaves and The Provence with prosciutto ham, mozzarella cheese, sun-dried tomatoes, basil pesto, Kalamata olives and spring mix leaves. But these won’t be the only ones for long. 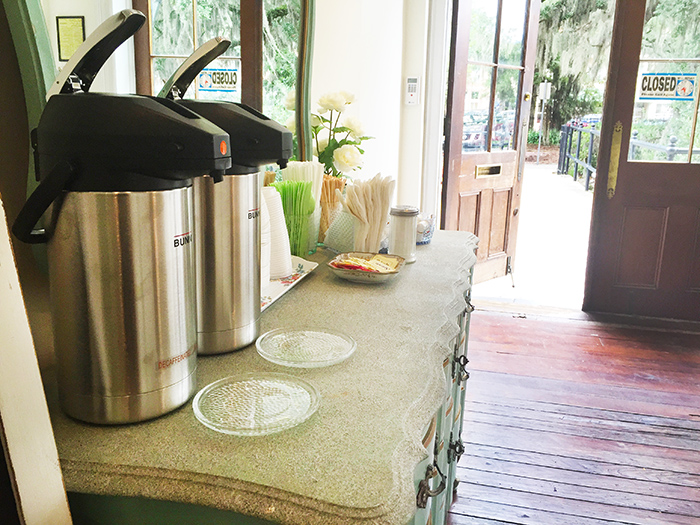 “We’re going to try to have a different sandwich every week,” Amanda explained. “We’ll be testing others with blue cheese and fig and things like that … and we’re also going to be making savory cakes. They’re not that well known in the states, but when you have left overs in the fridge, like ham, cheese, olives, you just put them in.”

All of their inspiration comes from Paris – from their recipes to the décor.

Just gazing through their large front windows it’s apparent, with chocolate croissants sitting out on the counter, artwork by French illustrator Sempé hanging up on the wall next to The Parisianer magazine (Paris’ equivalent to The New Yorker) and all of the woven chairs next sitting by marble tables (the ones you see on the street at every other café in Paris). However, they did pull some inspiration from Savannah as well, painting what was an old art gallery mint green and a creamy white with gold accents. 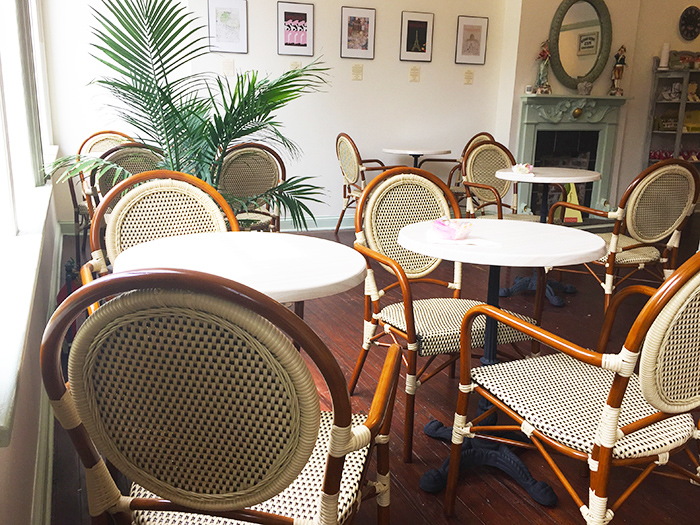 “They’re colors we love and we were inspired by the trees outside,” said Amanda. “For us it’s really magical. It looks like we’re in a movie. The trees, the buildings are beautiful, just the fact that we can walk everywhere. Because people imagine that in the states you have to take your car to go everywhere, which is something we don’t really do in France. … We like it that here you can just walk anywhere – it feels very European. With all the little boutiques; it’s a great city.”