Old Fort Jackson celebrated its bicentennial in May 2008, making it the oldest standing brick fortification in Georgia! 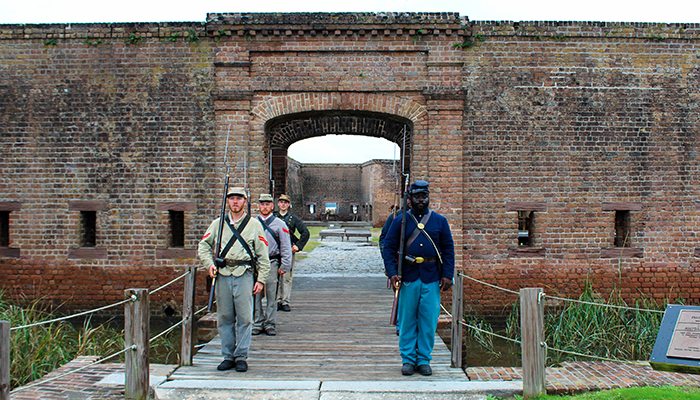 Old Fort Jackson is a National Historic Landmark. It is one of only eight Second System fortifications (a series of forts built prior to the War of 1812) still standing in the US.

Thousands of visitors visit the fort every year. It offers military exhibits, daily cannon firing demonstrations during the summer with a great view of the Savannah River.

The fort stands on the site of a battery used in the American Revolution. Construction began in 1808 under the supervision of a ninteen year old graduate of West Point named William McCree.

The fort protected Savannah during the War of 1812. It served as the headquarters for the Savannah River defenses during the Civil War. Confederate troops garrisoned the fort and protected Savannah for most of the war. The city and the fort finally fell to Union forces in December 1864. General William Tecumseh Sherman ended his famous “March to the Sea” in Savannah at Fort Jackson.

After the Civil War,  the army abandoned the fort, and it fell into disrepair. Sitting abandoned and neglected for most of the twentieth century, the non-profit Coastal Heritage Society assumed management of Old Fort Jackson in 1975 and has preserved this National Historic Landmark for future generations.