Be careful what you wish for when fishing for a Jack Crevalle! 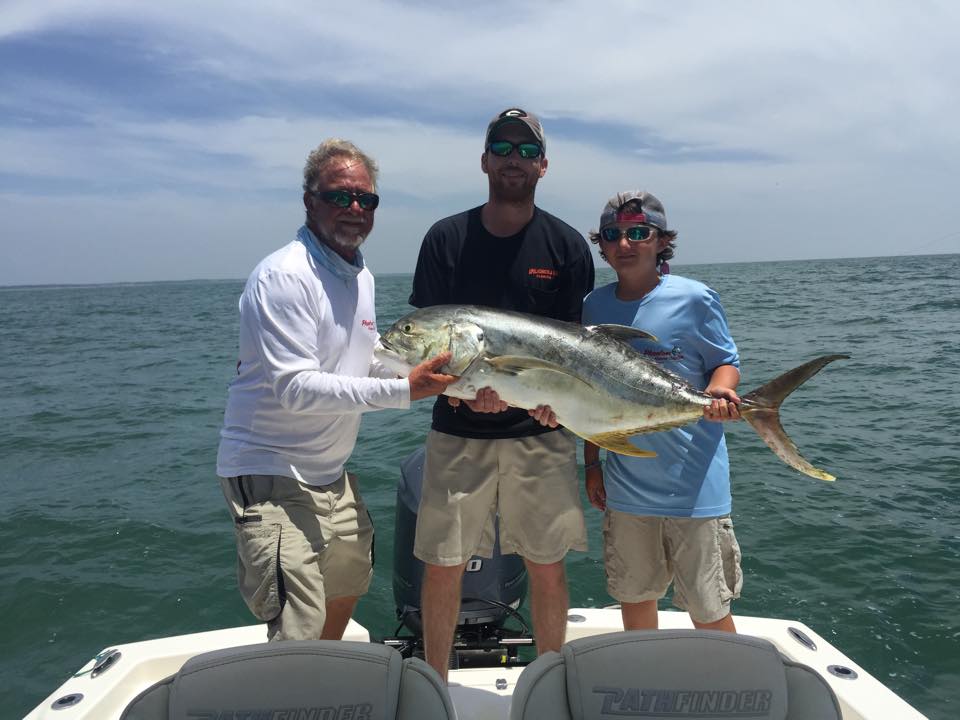 It was another glorious day of fishing at the nearshore reef. My companions and I were enjoying ourselves, catching bluefish, summer trout and blackfish on light tackle.

“Whoa!” cried the youngest of us, and he shot up in his seat. Just a second later, the small Fin Nor spinning reel started screaming, the line disappearing fast off the spool.

“Anchor up!” I yelled before I’d even had a chance to think about it. In just a few more seconds, the couple hundred yards of braid were almost gone and we were giving chase, the angler in the bow struggling to maintain a standing position as we leapt across the waves, his lanky arms frantically reeling in any line he could retrieve.

Hours passed. The seesaw tussle continued and there was little for the rest of us to do but behold the angler’s struggle with this enormous creature. When he was finally able to maneuver the fish nearer the surface, we were able to ID the culprit, a powerful predator to be sure: the Jack Crevalle. True to form, he was nowhere near giving up.

The Jack Crevalle is a fairly common fish in our waters, and they are usually plentiful in summer.

These big bruisers, typically between 20 and 40 lbs., are often seen in big schools cruising the surface. They are fast-moving and, frankly, a little spooky, so one must be stealthy when sight fishing. Either live bait or artificials will get the job done, but they must be placed in front of the school, far enough out to not spook the fish, as the school often swims as erratically as it does fast. Personally, I highly recommend medium to heavy tackle for these bulldog battlers, unless you have a few hours to spare.

The angler groaned as the line disappeared again, the large jack digging in to make another blistering run. We were now in overtime.

Within a few moments, we had it. We would work the fish back to the surface, at which point we would use a billfish tactic, charge him using the boat, and grab the leader.

Our first two tries fell flat, but served as good practice runs. The third time was indeed the charm, and we boated a 37-lb. Jack Crevalle. After snapping a few pics, we released the fatigued fellow. After a fight like that one, it’s hard to say who was more relieved — the newly freed jack or the exhausted angler!