Savannah’s Ellis Square is one of the city’s most exciting spaces.

Ellis Square offer a water fountain for kids to run through, shaded tables, a life-size chess set and CAT bikes available for rent. It is located at the entrance to City Market on the west side of the park and Paula Deen’s The Lady and Sons restaurant, just one block east on West Congress Street. 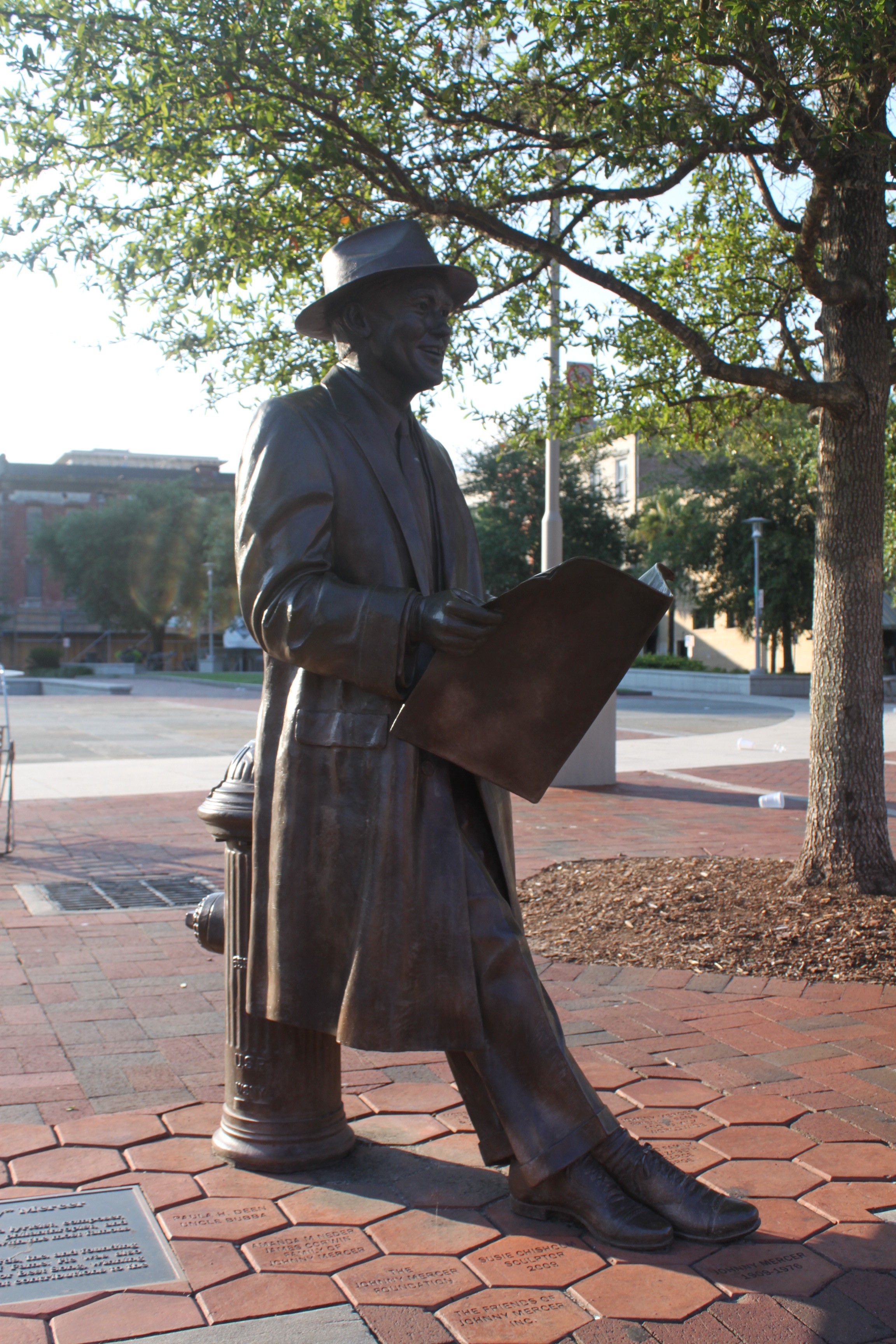 This square is one of the three “lost” squares and was designed in 1733. Originally known as Market Square, this square was the location of four different public markets between 1733 and 1960. In 1954 parking garage replaced the park and its historic significance and splendor. But, in 2005 the city decided to restore the square and demolished the parking garage.

The square now has its name to honor of Henry Ellis, the second Royal Governor of Georgia. Located on the square is the John Herndon “Johnny” Mercer Statue. The statue honors the native Savannahian who wrote the song “Moon River” and nearly 1,400 others. Mercer co-founded Capitol Records, Inc. and was founding president of the Songwriters Hall of Fame. He won four Oscars, with 18 nominations for best song.

Nearby you’ll find one of the most popular breakfast spots in Savannah, Goose Feathers Cafe on Barnard. If you’re out and about any day of the week, be sure to stop by Ellis Square to see what’s going on downtown.