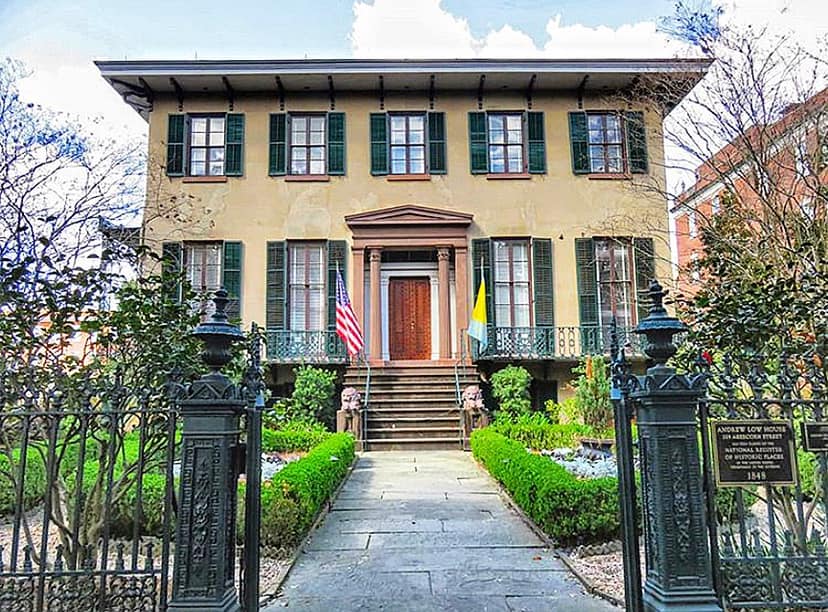 John Norris originally designed this Italianate-style stucco-over-brick building. Wealthy cotton magnate Andrew Low built the house between 1847 and 1849. The National Society of The Colonial Dames of America in the State of Georgians owns and operates the house.

Andrew Low came to Savannah from Scotland in the late 1820s as an ambitious teenager with plans to make a name for himself in the United States. In the 19th century, ships owned by A. Low & Co. supplied the ocean routes between Savannah and Liverpool, loaded with bales of cotton worth millions of dollars. As a result of the cotton boom and his sharp business acumen, Andrew Low eventually became Savannah’s wealthiest resident.

Today, the Andrew Low House stands as one of this successful cotton entrepreneur’s most enduring achievements. 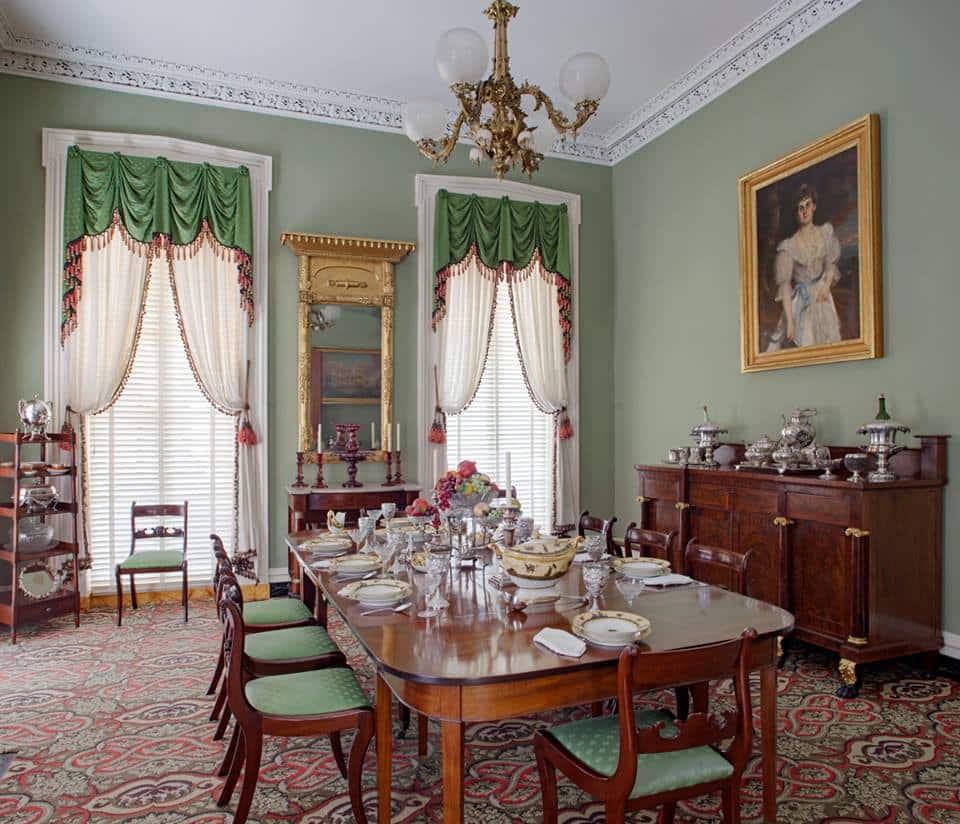 The home features a distinctive sandstone trim entrance, guarded by a pair of cast iron lions. Balconies with ornate ironwork and shuttered piazzas define the facade. The first story of the house is set below street level and surrounded by a dry moat. Gorgeous period antiques, stunning silver and spectacular crystal chandeliers adorn the interior.

In one of the home’s most innovative details is a 500-gallon cistern in the attic. Water from the cistern plumbed the kitchen and the bathroom. This was one of the city’s earliest indoor plumbing systems.

A number of prominent guests visited the home over the years.

Guests included British author William Makepeace Thackeray and Confederate General Robert E. Lee. Andrew Low’s daughter-in-law, Juliette Gordon Low, founded the Girl Scouts in the parlor of this stately home. Juliette, known as “Daisy,” died at the home in 1927. Thus, the Andrew Low House a popular stop for visiting Girl Scout troops from across the United States. It has been open to the public as a house museum since 1952.