Calling all shutterbugs and iPhone photographers! Here are the best photo-ops in city. 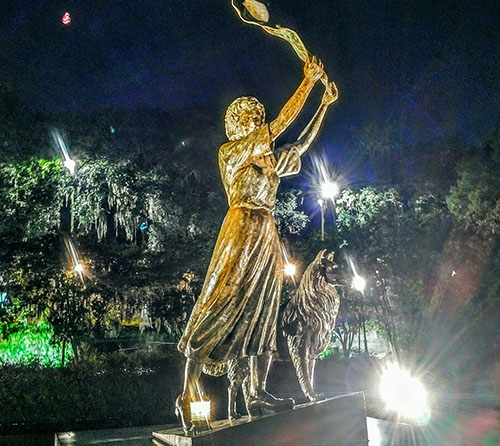 This stat­ue commemorates Florence Martus, the lighthouse keeper’s sister who waved to ships in Savannah’s port for more than 44 years. She stands as a symbol of Savannah’s gracious hospitality and charm. Morrell Park.

Ordered by General Oglethorpe, Governor of the 13th colony in 1732, the Light Station has been guiding mariners safe entrance into the Savannah River for over 270 years. This Light Station is one of America’s most intact having all of its historic support buildings on its five-acre site. The current Light Station displays its 1916 day mark with 178 steps and a First Order Fresnel lens which is nine feet tall. Tybee Island. 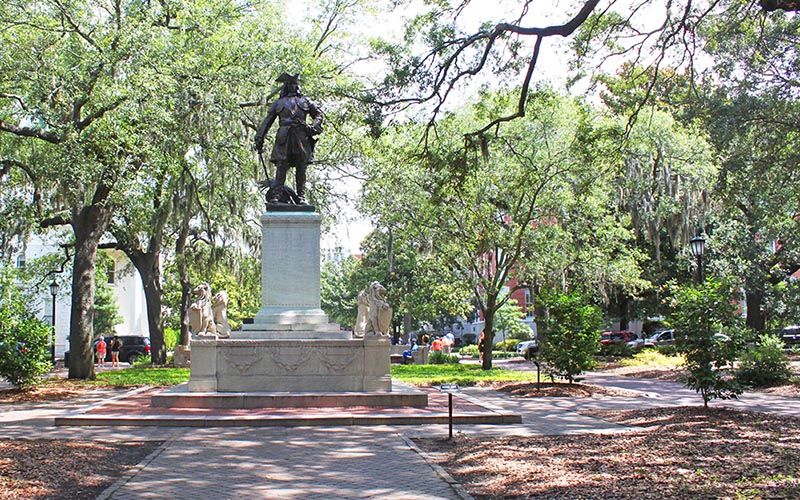 This bronze statue of General Oglethorpe faces south pro­tect­ing Savannah from the Spanish in Florida to this day. Find this photo-op in Chippewa Square.

The monu­ment of Sergeant Jasper who fell during the Siege of Savannah in 1779. Find this photo-op in Madison Square. 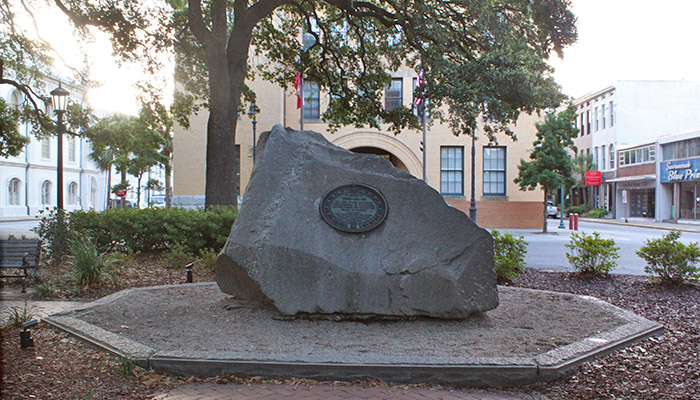 This boulder marks the grave of Tomochichi, the Yamacraw Indian Chief who welcomed General Oglethorpe and the first colonists. Find this photo-op in Wright Square. 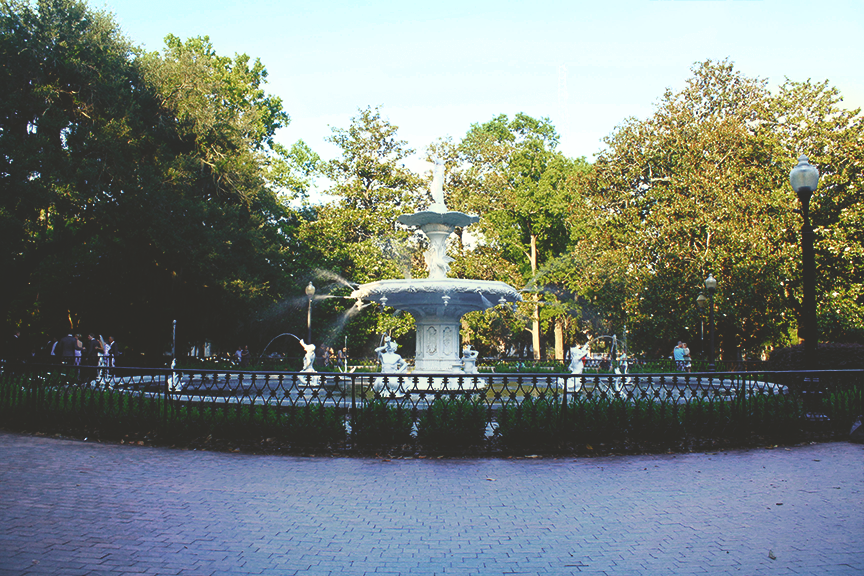 A cast iron fountain erected in 1858, designed to resemble the grand foun­tain in Paris. An exact replica of the fountain resides in Cuzco, Peru. Forsyth Park.

Savannah was the site of the 1996 Olympic yacht­ing events and the flame burned throughout the dura­tion of the centen­nial games in Atlanta. Morrell Park.

These guns were taken at the battle of Yorktown and presented to the Chatham Artillery by General George Washington when he visited Savannah in 1791. These two bronze cannons were affectionately named “George and Martha.” Bay and Drayton Street.

Dedicated in 1991, the design and layout of this memorial is in the shape of Vietnam and is a salute to fallen comrades featuring a rifle, helmet and combat boots. Names of mil­i­tary members from this area who died in the Vietnam War are engraved in marble as a reminder of Savannah’s lost. Emmett Park.

A rough cut granite stone with a rectangular bronze plaque listing the “Chatham County Honor Roll,” those who died in World War I. Northwest corner of Daffin Park at Victory Drive.