Imagine driving down a majestic rural avenue, lined on either side by over 400 stately live oak trees. 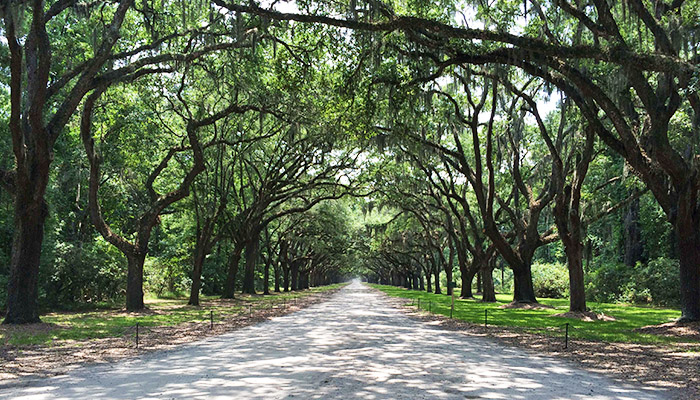 You emerge at the site of Georgia’s oldest plantation. The 1.5 miles entrance to Wormsloe Historic Site in Savannah evokes a different era. It sends you back the hand of time to 18th-century Georgia.

Wormsloe is the only standing architectural remnant in Savannah from the founding of Georgia. The Department of Natural Resources runs Wormsloe Historic Site.

The former home and plantation of Noble Jones, Wormsloe offers a precious glimpse into the lives of Georgia’s earliest European settlers. The Jones house was originally constructed of “tabby.” Tabby is a mixture of sand, water, lime and oyster shells. Much of the oyster shells used to build the house came from shell mounds left behind from ancient Indian settlements on the site thousands of years earlier.

The tabby ruins of the original Jones house lies nestled within 822 acres of Georgia forest, sheltered by peaceful marshes to the east and the south. The Jones family lived at Wormsloe in the mid-1700’s. Eight-foot-tall tabby walls around the house protected Jones and him family from Spanish or Indian attack.

An enormous stone monument and a wrought iron fence mark the first family burial site at the plantation.

Noble Jones was buried at there in 1775 alongside his wife Sarah and, later, their youngest son Indigo. In 1875, George Wymberley Jones DeRenne, a descendent of Noble and Sarah Jones, had Nobel Jones’s remains moved to another cemetery and subsequently placed the monument “to save from oblivion the graves of his kindred.”

Wormsloe also features a Colonial Life Area, representing some of the typical outbuildings on the property and information about the gardens and crops grown at Wormsloe in the 18th century.

Located on Skidaway Road on the Isle of Hope, the site is open daily 9 a.m.–5 p.m. Closed Thanksgiving & Christmas Day.