We need to talk about Tomochichi’s genes. Though his precise birthdate remains a mystery, it has long been assumed to be circa 1650. If this date is correct, it means that by the time Tomochichi and Oglethorpe met in 1733, Tomochichi would have already been in his 80s. (Oglethorpe was 36.) If, however, the date was 1644, as more recent evidence suggests, Tomochichi would have been pushing 90, an incredible age for his time.

When Oglethorpe and his 114 settlers reached the banks of the Savannah, Tomochichi was the man to see about a land grant. He was the leader of a band of about 200 Lower Creeks and Yamasee that called themselves the Yamacraw, and Oglethorpe needed his permission to settle the area. Negotiating through an interpreter, they struck an agreement, exchanging goodies like buffalo skins, cloth, gunpowder, pipes and tobacco. On February 12th, 1733, Savannah was born.

Just over a year later, the Old World got a glimpse of the New when the Yamacraw arrived on British soil. The entourage included Tomochichi, his wife Senauki, their adopted nephew Toonahowi, and a few warriors. While Oglethorpe gave progress reports and fundraised, the Yamacraw advocated for the regulation of weights and measures, the licensing of traders, restitution for cheated Native Americans, and the banning of rum sales to their people.

The Yamacraw were a sensation, and the London papers covered their every move. They came bearing exotic gifts like a bald eagle and a massive bear skin, and met King George II, Queen Carolina, and their son William, the young Duke of Cumberland (there’s a reason that name rings an icky bell). Sadly, one of the Creek warriors accompanying them contracted smallpox and died.

After six months, the Yamacraw delegation returned home while Oglethorpe stayed on business. “I am glad to be going home,” Tomochichi reportedly said, “but to part with you is like the day of death. You have never made a difference between our people and your people. You have never broken a promise to us.” The staunchest of allies, Tomochichi and Oglethorpe stood side by side many times to negotiate further land cessions for the colony, and in 1739, Tomochichi sent 1,000 Creek warriors to accompany Oglethorpe to a summit with the Spanish on St. Simon’s.

In the fall of 1739, Oglethorpe got word that the chief was gravely ill. He raced back to Savannah from Augusta but arrived too late. As Tomochichi lay on his deathbed, he said: “Bury me in the white men’s town, in the land which my people gave them and in the home which I helped them build.” Oglethorpe would do exactly this. He chose Percival Square (now Wright Square) for his friend’s final resting place and ordered a monument to honor his friend. Though the details are lost to history, this may have been the very first monument erected by British hands in the New world. Oglethorpe also arranged a full military procession and burial and served as a pall bearer at Tomochichi’s funeral.

It’s unclear why, but a statue of William Washington Gordon, founder of the Central Railroad and Banking Company of Georgia, now stands above where Tomochichi was laid to rest. There is no evidence that Tomochichi’s remains were ever removed, however, and in 1899, the Colonial Dames placed a boulder from Stone Mountain at the square’s edge in his honor. They also installed a plaque right in front of the Gordon Monument to indicate the site of Tomochichi’s grave.

The deep bond and genuine affection shared by Tomochichi and Oglethorpe has few equals in American history. Oglethorpe stated: “I am a red man, an Indian, in my heart; that is why I love them,” and during a tense standoff, Tomochichi echoed the sentiment, saying, “Shoot me. If you desire to kill anyone, kill me, for I am an Englishman.”

Of all the original thirteen colonies, Georgia was said to have the smoothest relations with Native Americans. There is no doubt that this was due—at least in part—to the remarkable friendship forged between these two extraordinary men.

Nearby tours that are a must while in Savannah! 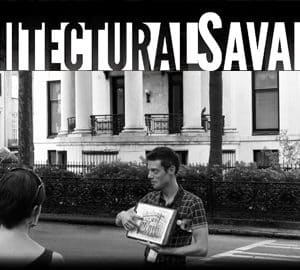 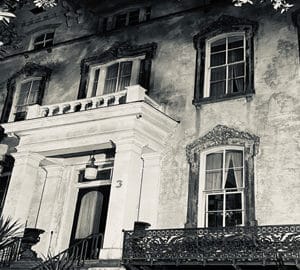 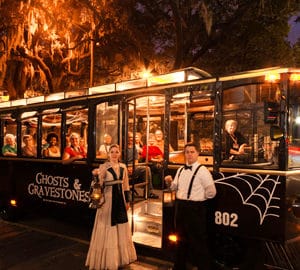 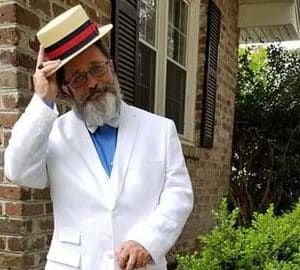