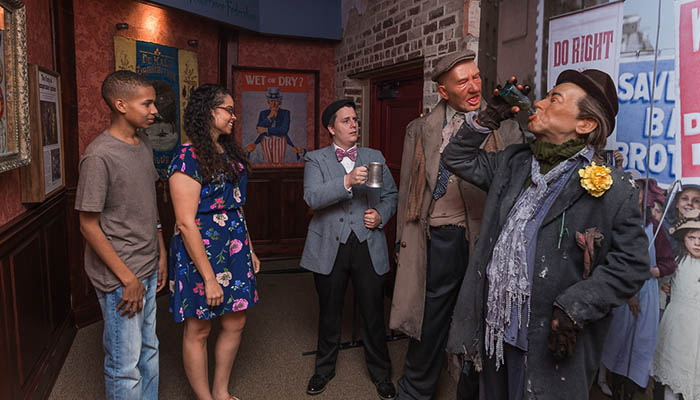 However, in 1908, Georgia became a “dry” state, fueling the bootlegging and rumrunning industry. In 1919, the 18th Amendment prohibiting the sale or consumption of alcohol passed nationally. This could have spelled the end of cocktail parties and spirits for Georgia’s First City.

The American Prohibition Museum in Savannah is the only prohibition museum in the nation. It invites guests to join in the fun of this bygone era, meet the rumrunners and hear first-hand accounts of life in the Roaring ‘20s from the most infamous mobsters of the age.

Opened in May 2017, the museum was curated and created by Historic Tours of America, the country’s largest privately owned heritage tourism company.

They hand-selected the Hostess City to be the home of this one-of-a-kind experience. The nearly 6,000-square-foot museum features 13 galleries, four vintage cars, a theater and the full-service, period-inspired Congress Street Up Speakeasy.

Self-guided tours start with an exhibit on the temperance movement, complete with a life-size figure of the hatchet-wielding radical Carry Nation, who was arrested over 30 times for vandalizing saloons. Costumed docents are also on hand to answer questions.

The museum invites to explore a massive collection of stills and to get a brief lesson on alcohol-proof levels. 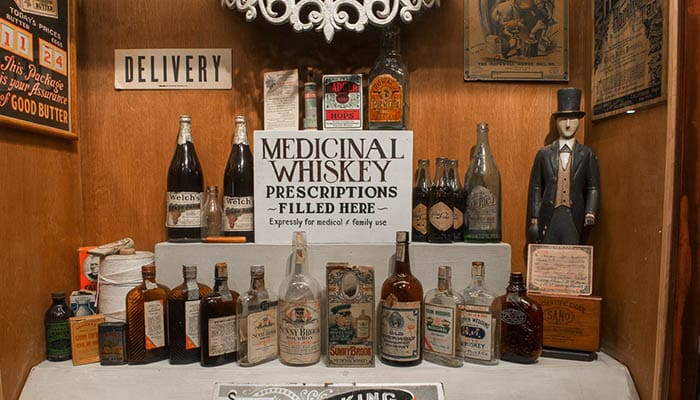 Next, a gallery of tommy guns and mobster memorabilia used by the likes of Al Capone and Scarface showcases the organized crime culture of the age and brings guests face-to-face with America’s original gangsters. Their getaway cars, including a Model T-Ford and Peerless, are on display, as well as the glamorous frocks, feathers and fringed looks made famous by the quintessential flapper Clara Bow.

“We are blessed to receive positive reviews every day,” Black shares. “Many people say that the American Prohibition Museum is one of the best experiences they’ve had visiting Savannah.”

The Congress Street Up Speakeasy is a fully functioning bar. It boasts a tin ceiling, jazz music and bartenders in period garb. It serves 15 prohibition-era cocktails, with the eighteenth-century Chatham Artillery Punch being the most popular offering. Other favorites include the Brown Derby, crafted from bourbon and grapefruit juice. The French 75, featuring a mixture of gin, lemon juice and champagne is also popular.

All general admission tickets cover entry into the American Prohibition Museum and the Congress Street Up Speakeasy.

Select ticket packages include a drink ticket for those 21 and over with ID. There are no age restrictions to the museum. The American Prohibition Museum is a great way for the whole family to learn about a fascinating chapter in American history.