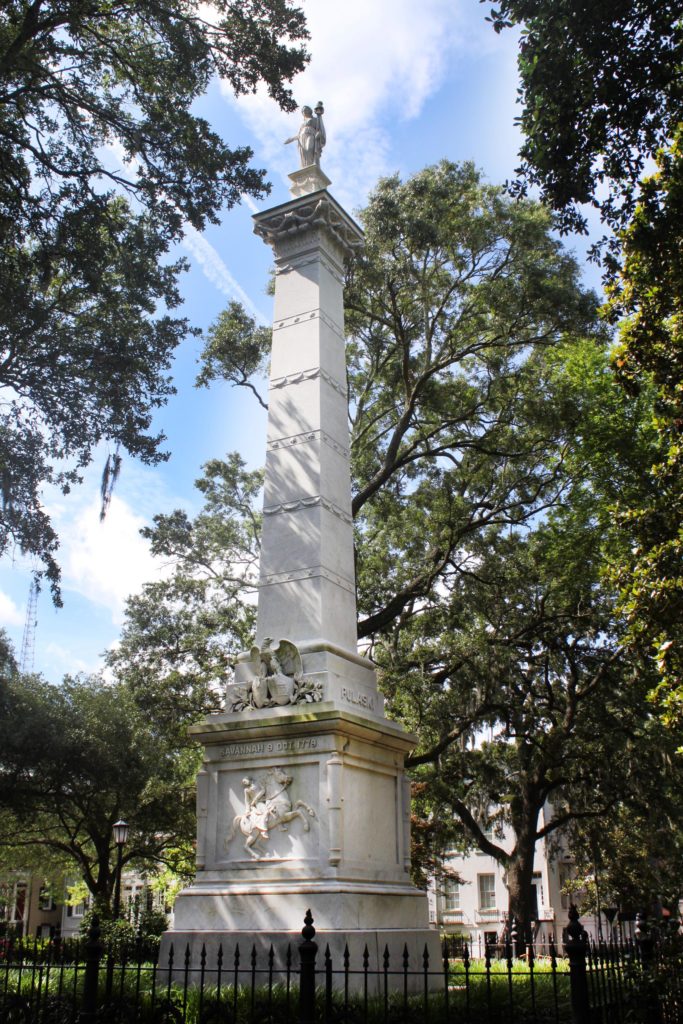 The square was laid out in 1847 to honor the 1846 Battle of Monterey during the Mexican American War “which a Savannah unit of the Irish Jasper Greens” but the monument in the middle of the square honors General Pulaski. During the Siege of Savannah Pulaski died as a result of a gunshot wound. The exact spot of his demise is approximately half a mile northwest of the square.

Russian-born Robert Eberhard Launitz, a sculptor who resided in New York, designed the Italian marble monument. He chose this location in Monterey Square to house the statue because of the scale of the surrounding buildings. Skepticism surfaced about Pulaski’s actual burial place. They found a man of the same age and stature in the Greenwich grave and placed his grave beneath this monument and statue in 1854. 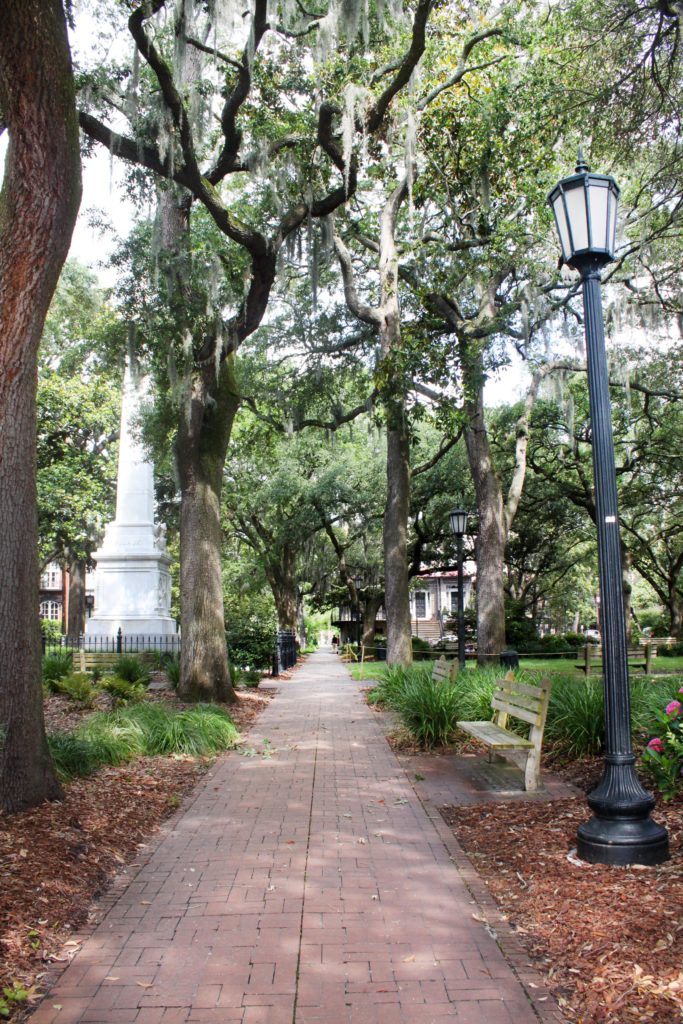 Overlooking the square is the Mickve Israel Temple, a Gothic Revival style synagogue designed by Henry G. Harrison. The Temple is home to one of the oldest congregations now practicing Reform Judaism in the United States. They landed five months after the Georgia became a colony. After worshipping in temporary centers for almost a century, they built the first synagogue in Georgia at Liberty and Whitaker streets. It wasn’t until 1878 that the present synagogue was built.

At the southeast corner, the Mercer-Williams House opens its doors to guests for tours. The story of Midnight in the Garden of Good and Evil revolves around this house. John Norris designed the house, erected in 1871. There is also the Comer Jefferson House by the square. Former president of the Confederate States of America, Jefferson Davis, temporary resided here. He came to visit with his daughter to celebrate the centennial of the Chatham Artillery.