Search
HomeThe History of the Savannah Food and Wine Festival 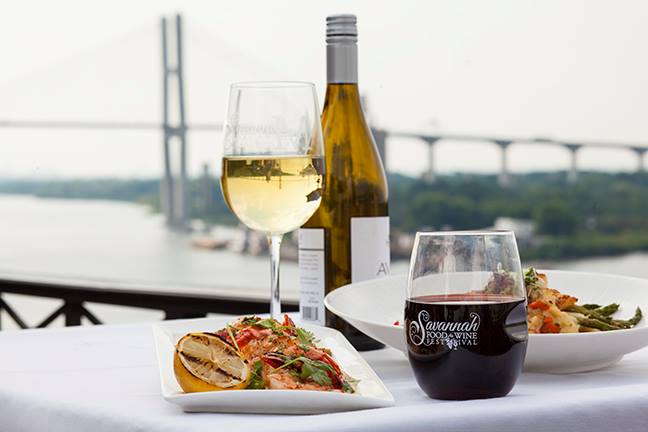 The Savannah Food and Wine Festival grew out of the three-hour dining event at the International Trade and Convention Center, dubbed the Taste of Savannah, which showcased some of the city’s best restaurants.

Organized by the Tourism Leadership Council, this event gathered crowds, until Michael Owens and Jan Gourley stepped in to take over. Together, with Owen’s connections throughout the city and Gourley’s event-throwing prowess, they expanded the single dining event to a weeklong culinary feast, showcasing the city’s elite chefs and most exceptional cuisines.

Gourley had a background in the event-planning industry, with the Taste of Marietta and the Hilton Head Wine & Food Festival on her resume, and Owens had his hand in all kinds of things going on in the city, from the Historic Inns Association to the Convention and Visitors Bureau and the Tourism Leadership Council (which he leads, as president/CEO).

The Savannah Food and Wine Festival made its debut in the fall of 2013 with all kinds of events from celebrity chef dinners to wine tastings, cooking classes to the revamped Taste of Savannah, an outdoor extravaganza with tents lining Ellis Square, each with their own delectable samples for festivalgoers.

“We’re wanted to create an event that would not only be a fundraising opportunity for the Tourism Leadership Council,” said Gourley. “But also raise the culinary profile of the city, showcase all the wonderful restaurants and build up Savannah’s reputation as a culinary destination.”

Since its launch, the Savannah Food and Wine Festival has expanded, with the Taste of Savannah now taking place from Ellis to Johnson Square, and the debut of a new festive event – Le Grand Cochon, a hog roast and barbeque. For more about these happenings and more, go to the festival’s schedule of events.