It’s not everyday that you get to dine at a restaurant restored to its glory days as a bus station. 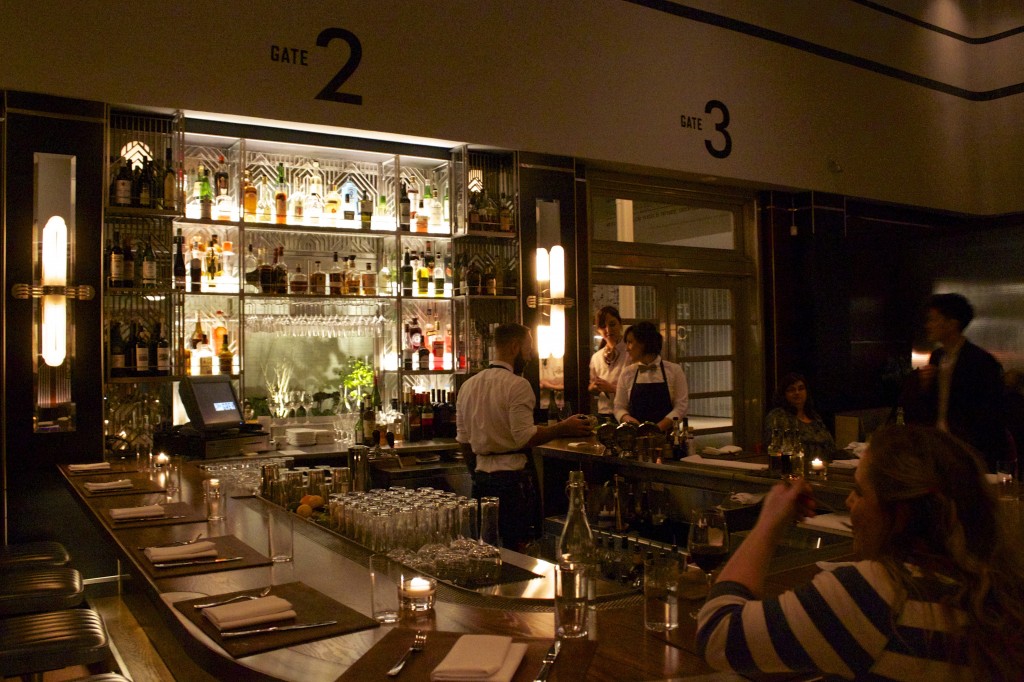 And it’s not every restaurant that gives you a glimpse into the past while serving a “Port City” cuisine that infuses Southern cooking with flavors from around the world. But that’s what guests will find at one of Savannah’s newest upscale eateries, The Grey.

“This part of the world, the South, has been influenced by the ports here, by the madeira, the rum and especially the spices that come here,” she said. “I think a lot of my menu is built around that. It emphasizes on European influences with Southern ingredients, and I think that’s what happened when the city was founded. It was influenced by all these travelers.”

Their Country Captain special, a tomato-based stew with curried chicken, is just one these Southern dishes Bailey updated. But it’s not just European influence in her dishes; the Baby Roasted Eggplant is actually a West African dish that Bailey spiced up with chile de árbol and peanut sauce.

But the food isn’t the only thing influenced by travel.

Their whole restaurant is a restoration project aimed to bring Savannah’s 1938 Greyhound Bus Station back to life, recreating it as a restaurant.

“It was a ton of work,” said Owner John Morisano. “When I decided that we were going to do a preservation project early on, I didn’t realize how much I was making my bed.”

Morisano hired Felder & Associates, a local architecture firm, right away and soon realized that preserving the bus station not only meant that they couldn’t change the layout, but that they also had to find parts to build the restaurant that resembled the original space, including a rare Vitrolite glass that was used in the 1920s and 1930s. 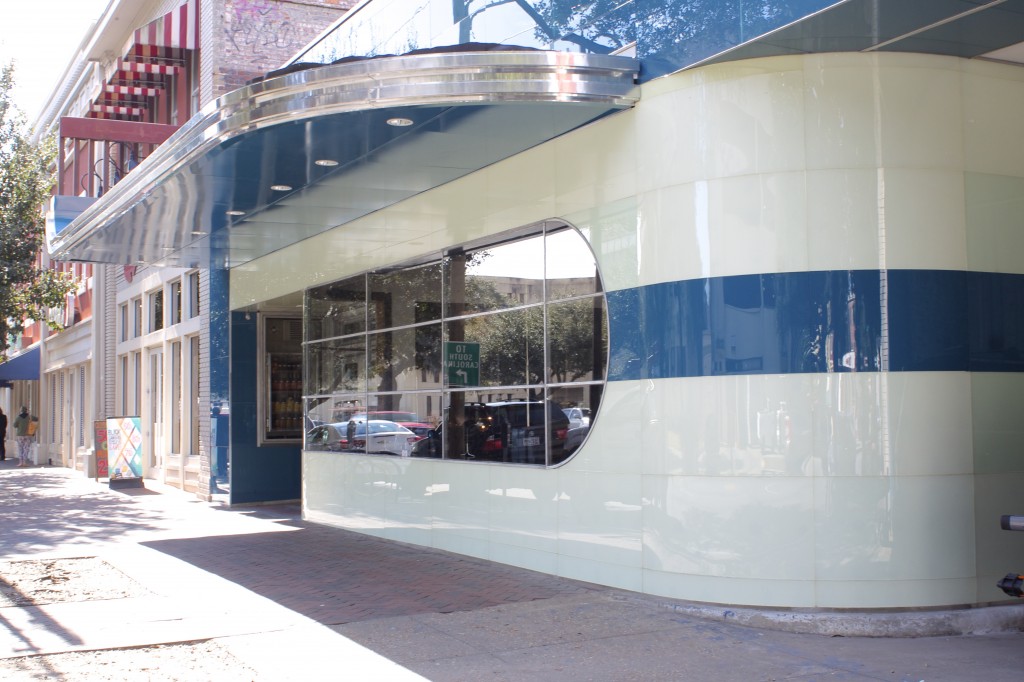 “When we decided to recreate the 1938 façade, we had to come up with a glass solution, a way to color the glass and a way to hang the glass,” said Morisano. “And none of those things really exist anymore for structural facades.”

But after months of putting together a team, nights of searching the internet for the right equipment, and long days putting it all together, they were able to create a retro blue and white glass façade that not only looks just like the original, but is so inviting that it takes restraint not to peer inside.

It’s these major markers and all of the details that make The Grey so sleek and spectacular. 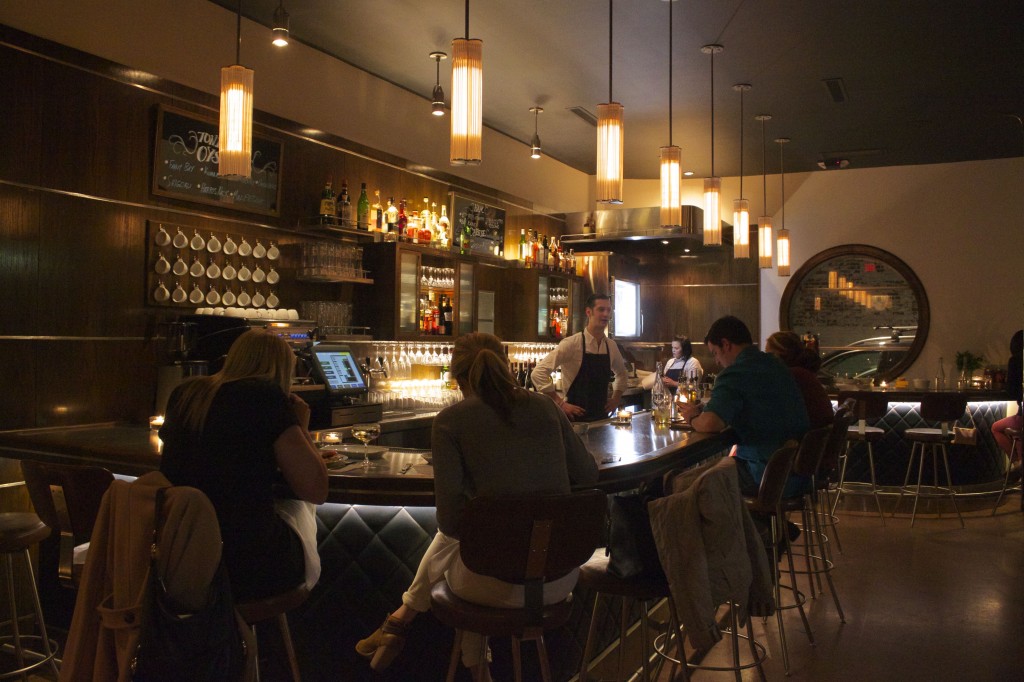 “You don’t see things like that. When you look, every original wall has a curve in it or just a little detail to it,” said Morisano. “All of those elements are so beautiful.”

The front room, now known as the Diner Bar, was originally a 24-hour café serving the bus terminal seven days a week. Just behind that, is the ticket counter, which has been transformed into a kitchen.

“That was a choice that was made for us by virtue of the space,” said Morisano.

Now instead of travelers picking up tickets from attendants, servers pick up dishes from chefs. Guests can a glimpse of cooks shucking oysters, seasoning seafood and sautéing steaks, led by Chef Bailey. Bailey joined Morisano after she searched out her famed mentor, the owner/head chef of New York’s Prune, Gabrielle Hamilton. 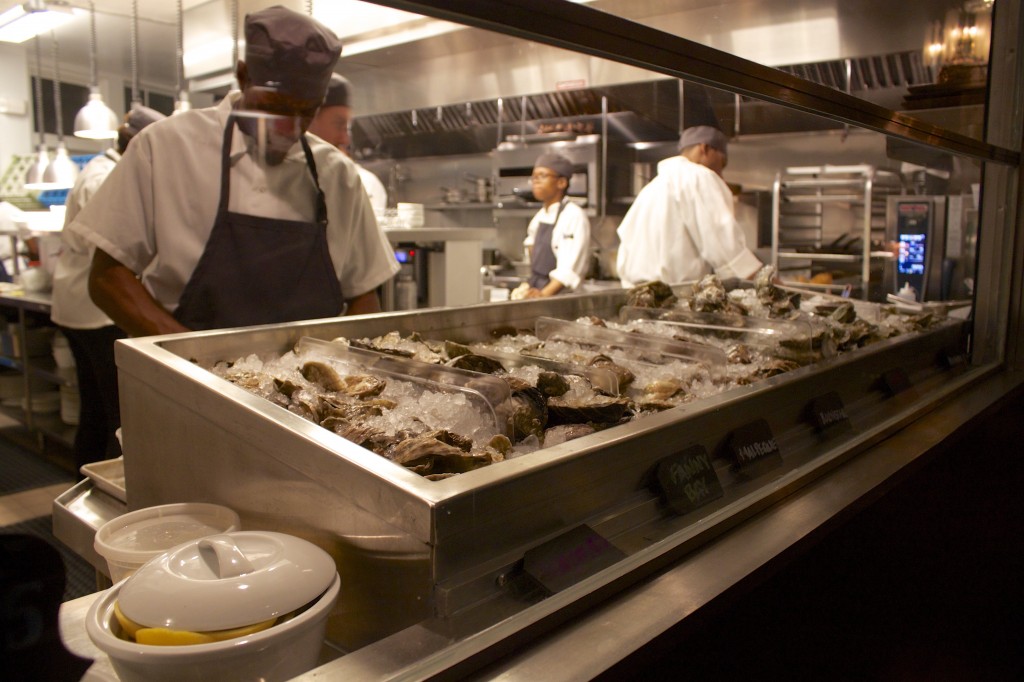 “I basically forced Gabrielle to take a meeting with me because I wouldn’t leave her alone,” Morisano admitted.

“I told her what I was doing with the bus terminal and added that I was looking for a chef. She sort of looked at me and was like, ‘You know, my sous chef  is your perfect person.’”

Bailey trained under Hamilton for almost four years. She learned that in order to head a restaurant’s kitchen, you have to cook what you eat. And that’s exactly the direction Morisano took when building The Grey. 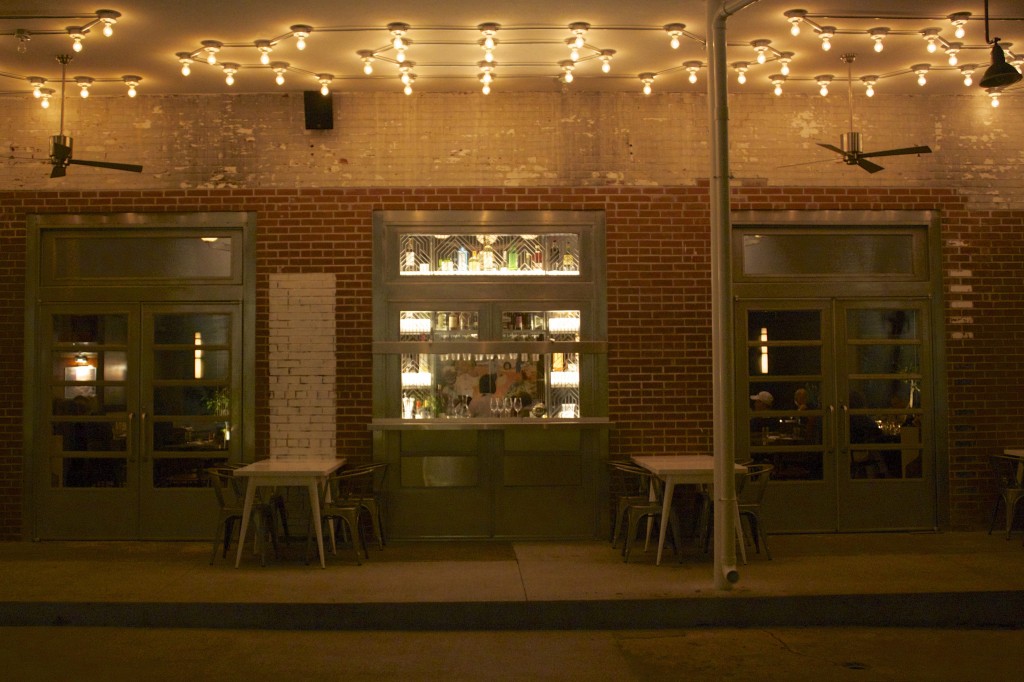