Savannah has long been a melting pot of architectural gems. 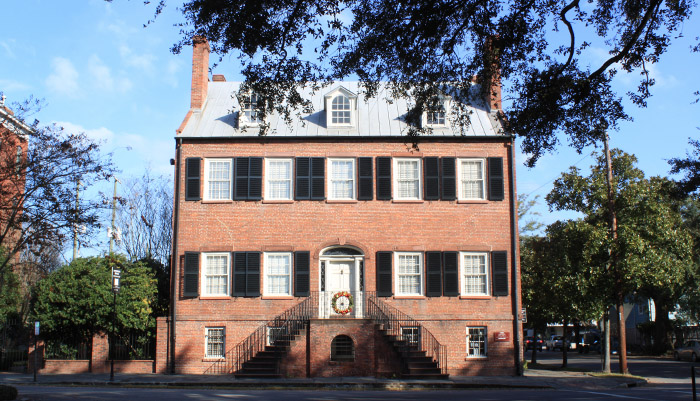 The historic city was the ideal playground for architects to test out different designs from various influences to find a style that reflected the city it resided in. The result is a perfectly preserved Historic District with iconic samples of the best of the best in architecture, one being the Federal style. Federal architecture in Savannah reflects an early time in America’s history, having come about during the era of the same name. Considered to be the nation’s first architectural style, it’s clear why there are so many stunning examples to find throughout Georgia’s First City.

The Federalist Era was a time of progression and growth for the United States. In this time the Federalist Party was formed, the Constitution was adopted and the federal government expanded. The democracy of ancient Greece and the republic of Rome influenced the government. Naturally, design reflected the growth in the country and American Federal architecture drew from Roman classicism to create something entirely new and unique.

Because of the Federal style’s specific influence from Roman classicism and ancient Greece, the trademark features are easy to spot while walking around Savannah. The focus is on balance, symmetry, precise alignment and simplicity in design. Keep in mind these key elements: 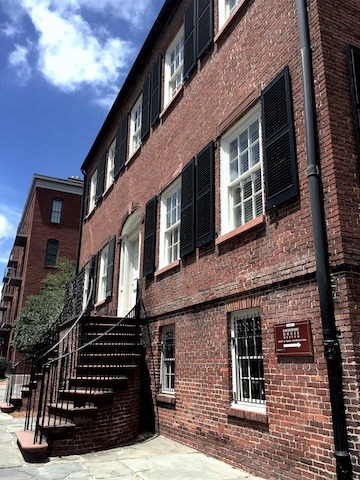 One of the dead giveaways to the Federal style is the use of brick material. Whether this is just the facade or the whole house, the vibrant red of the brick is hard to miss.

Federal buildings have an incredibly simple facade. There is no grand ornamentation or decorative elements. Mainly three to five bays (vertical lines dividing the front of the building) wide, the facade is usually plain windows with shutters. Often times a raised or half-basement is incorporated into the design with perfectly aligned, small, squared windows.

The entry to the building commonly has a raised portico or stoop. In grander homes, a pair of columns and curved steps with iron railings will line the entry door. In more modest homes, the portico could be a side-stoop with just a few steps and an overhanging roof at the entry in place of columns.

Though the style prides itself on simplicity, subtle ornamentation can sneak in places like the covered portico or the brackets that line the overhanging eave of the roof.

There are many buildings in the Historic District that employ the design and charm of Federal architecture. The Isaiah Davenport House, which is open for tours, is one of the finest examples on the East Coast. This house incorporates the curved entry way and simplistic, perfectly aligned facade, as well as brick material. Another great example is the Lachlan-McIntosh house, located at 110 E. Oglethorpe Ave. Currently under restoration, this building is a classic Federal style with its raised stoop, half basement, and decorative brackets. Also be sure to check out the Oliver Sturges House’s beautiful Federal columns and portico on Reynolds Square.