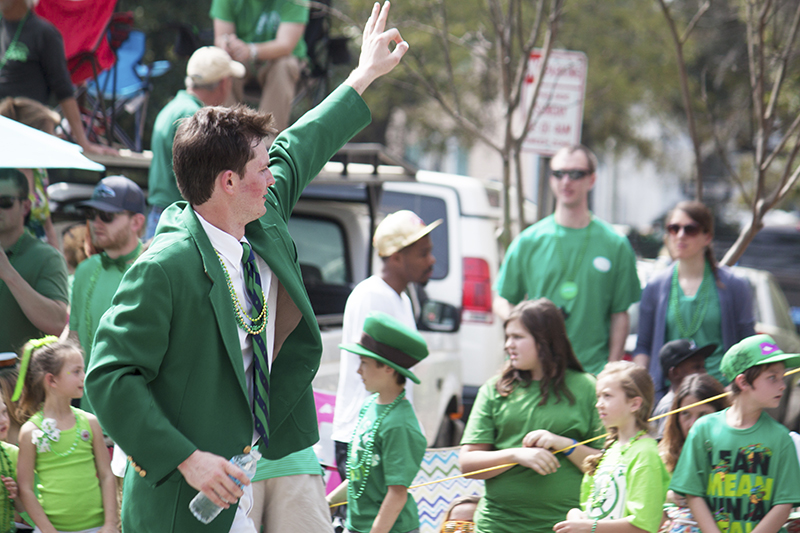 Get ready for the second largest St. Patrick’s Day Parade in the United States! On Saturday, March 17, 2018 Savannah’s 193rd St. Patrick’s Day Parade will wind through the streets of Downtown Savannah, with more than 300 groups and 15,000 people. Marching bands, dancers, Irish men, women and families from all over the world will gather and march through the streets lined by live oak trees draped with Spanish moss. It all kicks off at 10:15 a.m. and will stretch until mid-day, to about 2 p.m. Starting at Gwinnett Street and Abercorn Street, the parade will continue down Abercorn through neighborhoods and around city squares until it reaches Broughton Street, where it will turn right and go until in reaches East Broad Street. The parade will continue on East Broad Street north towards the Savannah River until it reaches Bay Street, which it will head west on until it gets to Bull Street, where it will take another left and go back towards Forsyth Park, and end at Harris street (Madison Square).