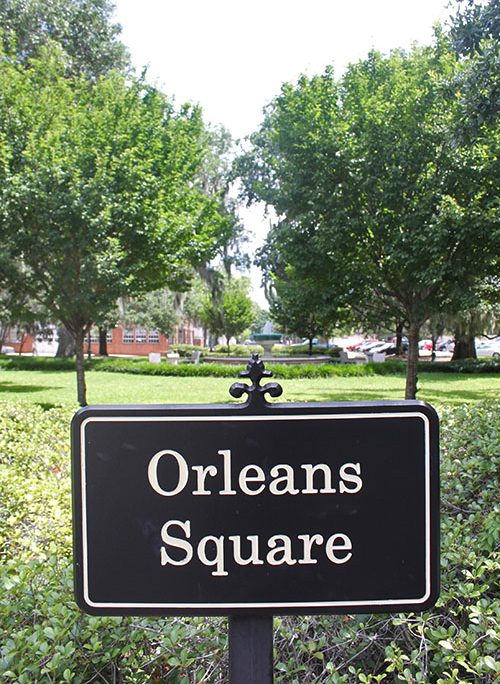 Orleans Square is right in the the backyard to Savannah’s Civic Center and Savannah College of Art and Design’s Oglethorpe House.

It boasts the German Memorial Fountain, which commemorates the contributions of the early German immigrants to help the colony of Georgia grow. Beautiful stone benches and shaded by huge live oaks surround the fountain, which appeared in the square in 1989. It’s the perfect spot to rest and snap a photo.

The square was established in 1815 and named to honor General Andrew Jackson’s victory in the Battle of New Orleans during the War of 1812. It is home to the Harper-Fowlkes House, a nineteenth century Greek Revival mansion. Built in 1842, the house had  three renovations. First by Isabel Wilbur McAlpin renovated the Harper-Fowlkes House from 1895 to 1896. Alida Harper Fowlkes renovated it during the 20th century.